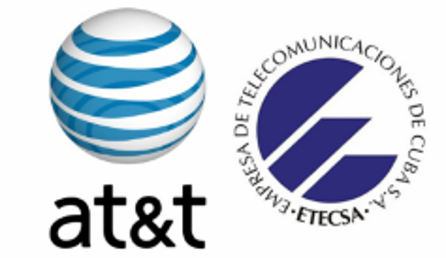 “Cuba is a growing international calling destination for our customers,” said Bill Hague, executive vice president, AT&T Global Connection Management, in a statement. “With this agreement, AT&T customers soon will be able to seamlessly connect with talk, text and data while visiting Cuba.”

The agreements put AT&T on par with competitors Sprint and Verizon, which currently offer roaming services in Cuba, according the Federal Communications Commission.

Tampa Bay is home to the third largest Cuban-American population in the country, with Cuban ancestry representing one-fifth of Tampa’s Hispanic population. Tampa’s traffic to Cuba is the second-largest among all U.S. gateways behind Miami and has been growing at approximately 18 percent a year, according to statistics from Tampa International Airport.

Between 2012 and 2015, there has been a 65 percent increase in TIA-Cuba passenger traffic, reaching nearly 37,000 passengers last year. The majority, or 80 percent, of TIA’s existing traffic to Cuba is to Havana.

Rep. Kathy Castor called the AT&T agreements a sign of “continued progress.” While she says this helps U.S.-based AT&T customers, she would like to see phone and interconnection improved for the Cuban people. When Castor was in Cuba a few months ago visiting ETECSA, Cuba’s national telecommunications firm, she found the company opaque.

“They were difficult to talk to about their plans for the future,” she said.

AT&T (NYSE: T) said it will announce when wireless roaming will become available as well as pricing for customers visiting Cuba at a later date. Last October, AT&T rolled out a less expensive option for South Florida consumers making calls to Cuba in the increasingly competitive market among national carriers.

“The telecommunications market in Cuba is changing rapidly,” the U.S. Federal Communications Commission said on its website. The FCC tells U.S. consumers seeking to visit Cuba that if their carrier offers a roaming plan and their mobile phone is capable of roaming in the Caribbean nation, they should ask about additional charges for voice calls, data and outgoing text messages.

U.S. travelers to Cuba can also rent a SIM card for their phones from Cubacel (ETECSA’s mobile phone arm), the FCC said. But the agency cautions U.S. citizens to contact their wireless provider to check whether their mobile phone will operate on the compatible standard and request that the carrier unlock the mobile phone.

Another option is to rent a phone upon arrival in Cuba, the FCC said. Travelers can rent mobile phones from Cubacel, which has offices in Terminals #2 and #3 at José Martí International Airport in Havana.

When it comes to the internet, the FCC said that in larger cities like Havana and Santiago de Cuba, ETECSA runs an increasing number of telepuntos, or small internet cafés. More than 50 major hotels and resorts across Cuba offer Wi-Fi, with hourly rates varying from $2 to $10 (U.S. currency). As of January 2016, ETECSA also offers 65 public Wi-Fi hotspots, the FCC said.

AT&T is just the latest company to take advantage of the relaxed restrictions on trade and travel to Cuba. In May, Miami-based Carnival Corp. (NYSE: CCL) launched the first cruise voyage between the U.S. and Cuba in more than 50 years on its newest cruise line, Fathom, from Port Miami.
http://www.bizjournals.com/tampabay/news/2016/08/22/telecom-giant-to-offer-service-in-cuba.html