HAVANA, September 21th  Spaniards Ana Maria Linares Romero, 43, and her daughter Alba, 6, were reported missing by the police in Spain at the beginning of the month. The trail was lost on September 5 when they took a plane from the Canary Islands, where they reside, and landed in Madrid.

END_OF_DOCUMENT_TOKEN_TO_BE_REPLACED 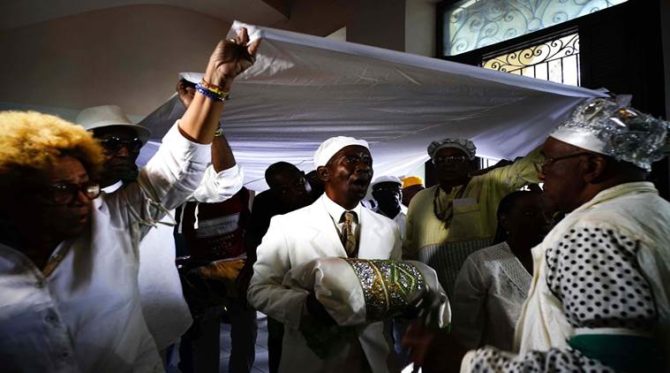 Santeria followers perform a holy drum beat after reading the annual Letter of the Year in Havana, Cuba, Tuesday, Jan. 2, 2018. Religious leaders of Santeria in Cuba exhorted all to respect the traditions of the older generations and made their predictions for the new year. (AP Photo/Ramon Espinosa)

HAVANA, Jan. 3th  (Reuters) – Priests from Cuba’s Afro-Cuban Santeria religion forecast on Tuesday that the upcoming retirement of President Raul Castro would signify “a moment of change” that accelerates the pace of END_OF_DOCUMENT_TOKEN_TO_BE_REPLACED 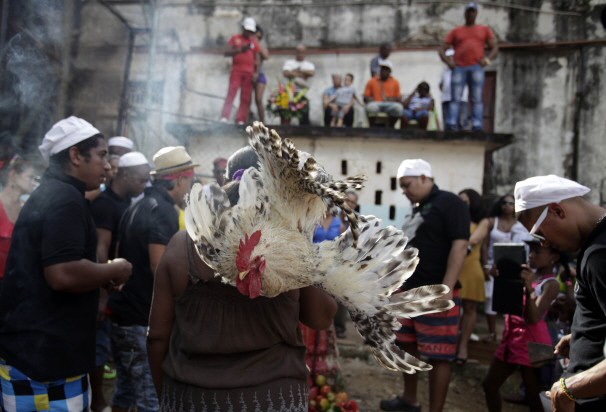 HAVANA, August 12th  Aniplant were contacted a few weeks ago from a resident of Havana who witnessed animal torture in a neighborhood Santeria ritual. Santeria is a faith that blends West African religious customs with Caribbean tradition and Roman Catholicism. Sadly, animal sacrifices are often part of it.

Many on the Caribbean island eagerly wait for guidance from the Santeria religion’s annual forecast. Santeria, with roots in West African tradition brought to Cuba by slaves, is practiced by millions of Cubans.

This year, the island’s official association of priests, known as babalawos, predicted an “explosion” of migration and “social unrest provoked by desperation.”

The yearly reading is for Cuba and the world at large, but the babalawos did not state which predictions, if any, apply to Cuba specifically.

“The predictions of Ifa (divination system) warn world leaders that if no action is taken, we may lead our people to a massive migration provoked by different things, desperation among them,” priest Lazaro Cuesta told a news conference in Havana.

The flow of migrants from Cuba jumped by about 80 percent last year as the process of detente between Washington and Havana, announced in December 2014, stirred fears that preferential U.S. asylum rights for Cubans may soon end.

He did not give specifics about the priests’ social unrest prediction, but offered a metaphor: “When you are in your room and it’s really hot, desperation makes you run out of the room. If we give you an air conditioner, you stay put.”

“I can be living in a hot room and I don’t leave running because it’s my room,” Cuesta said. “I’m living alongside everyone else in Cuba, and I’m not leaving.”

Based on this year’s forecast, the babalawos recommend “establishing favorable accords with respect to migration policy,” and “reaching a balance between salaries and the high cost of basic necessities.”

Earlier this week, Cuban President Raul Castro told the National Assembly, the country’s single-chamber parliament, that an economic slowdown is expected in 2016. Food prices have increased more than 50 percent on the island over the last four years, according to official media. The average salary throughout the island is less than $30 a month.

“A person who economically considers himself incapable of living in the place where he is is going to look for a better future somewhere else,” said Cuesta.

The priests also prophesied that 2016 would bring greater foreign investment and accords between nations, but gave no further details. (Editing by Marc Frank and Matthew Lewis)
http://www.dailymail.co.uk/wires/reuters/article-3382218/Cubas-Santeria-priests-predict-explosive-migration-social-unrest-2016.html#ixzz3w7zJUgH4