Backed by Visa and Amex and venture capital, Stripe will aim to serve Cuban tech startups

HAVANA,march 19th (WSJ) Online payments firm Stripe Inc. is joining a number of large U.S. corporations planning ventures and partnerships in Cuba in conjunction with President Barack Obama’s visit on Sunday, the first by a sitting U.S. president since 1928.

The San Francisco startup, among the most highly valued in financial technology and a growing competitor to such established firms as J.P. Morgan Chase & Co. and PayPal Holdings Inc., has started offering its services to Cubans, the company said Friday. Stripe is aiming at Cuban tech startups who want to sell their services or products to U.S. customers. 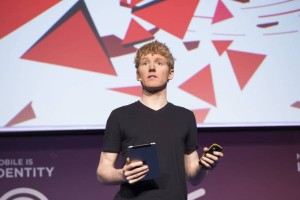 The chief executive of Stripe, Patrick Collison, will join a delegation of company executives accompanying Mr. Obama on his trip to Cuba.

Of course, the road to any significant Cuban business for financial companies is likely to be long, with no guarantees of significant traction or revenue. And some Cubans and U.S. politicians are still demanding many more political changes in Cuba before seeking economic liberalization.

For now, the launch is mainly symbolic, as there are still many hurdles to doing business in Cuba, including restrictions for some individuals, incomplete local financial infrastructure, and limited and restricted Internet access. As of now, most U.S. credit cards can’t be used in Cuba.

The company was chosen to accompany the delegation after White House officials met with a group of Cuban startup entrepreneurs in Havana in recent weeks, Mr. Collison said. The group said it could use Stripe’s service to help their ventures accept payments from customers outside of Cuba, which led the White House to invite Stripe, Mr. Collison said.

Stripe was valued at $5 billion in a fundraising round last year, according to Dow Jones VentureSource. It is backed by payments giants Visa Inc. and American Express Co., as well as such venture-capital firms as Kleiner Perkins Caufield & Byers and Sequoia Capital.

Its software plugs into websites to enable businesses to accept credit cards, debit cards, bitcoin and other forms of payment.

Since many Cubans don’t have credit cards or significant savings, Mr. Collison said, Stripe’s $500 fee to start an account could be paid over time as the businesses collected money in their U.S. accounts. The accounts only accept online payments, and are likely to be used primarily to accept payments from overseas customers.

It’s also not settled how Cubans would then be able to access the funds in the U.S. bank accounts at Silicon Valley Bank, Mr. Collison said. The U.S. Treasury specifically loosened rules on remittances to Cuba, which should make it easier, but it isn’t clear what the best mechanism to do so is, he said.