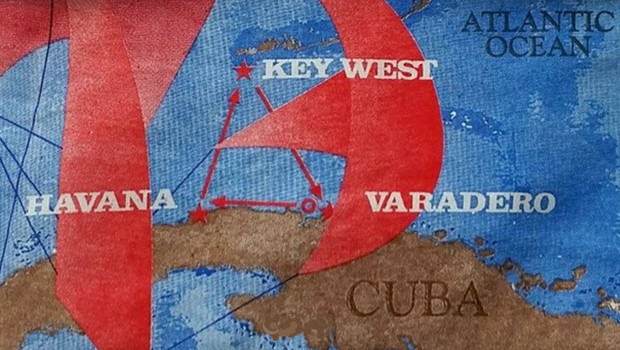 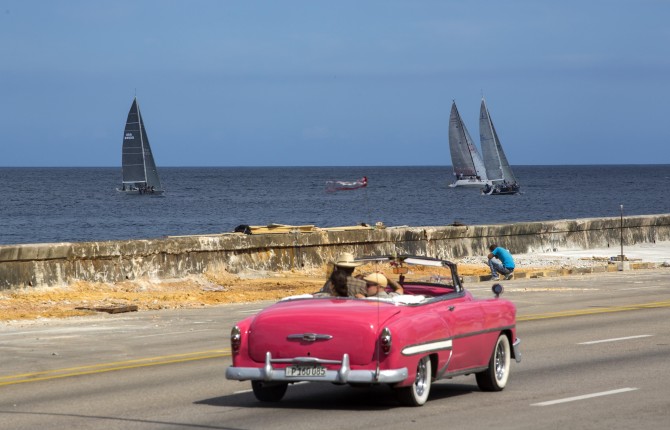 Attard and his crew likely never expected their busy racing schedule to include a foray to this, the largest island in the Caribbean, and a place where the communist party’s grip on power had resulted in chilly relations with the United States, a half century of trade embargo, and a travel ban on U.S. citizens visiting Cuba.

But when relations between the two countries warmed in 2015, the opportunity to take part in such a historic race to Havana was there, and Attard seized the moment. He had won the previous Hobie 33 Midwinter Championship at a regatta based in St. Petersburg with Viva Las Vegas, and as the winner of that race Attard had the privilege of choosing the venue for this winter’s race, so he selected the 210-mile ocean trek to Cuba.

The Temperance resident felt like the opportunity to sail new waters and visit the long-forbidden nation was too enticing to pass up. With three months of paperwork behind him — permit applications, passport verifications, background checks, etc. — over the weekend Attard towed his Hobie 33 from its winter quarters in New Orleans to Miami, where the race will start from the Coral Reef Yacht Club early Wednesday afternoon.

It was abundantly clear from the start of the process that this race would be very different.

“This wasn’t a case of just paying your entry fee, checking your safety gear, and here we go,” said Attard, a member of North Cape Yacht Club in LaSalle and a veteran of numerous races on the Great Lakes. The former champion of the Mills Trophy Race said an international event that culminates at the Hemingway International Yacht Club west of the Cuban capital of Havana requires the participants to complete an extensive amount of forms and permits in order to keep both governments content.

U.S. Coast Guard No. 3300 is the official “Permit to Enter Cuban Territorial Waters” that Attard has filed, and he fully expects Coast Guard vessels to be there in the Straits of Florida to make certain that each U.S. registered vessel that approaches the 12-mile territorial boundary of Cuban waters has that form in the system.

There were more permits, registrations and forms required by Hemingway and Cuban customs, with the posted promise that a “courteous and thorough customs/​entry inspection” would take place in Cuba, and an ominous guarantee that this process would be smooth “unless any contraband or unwelcome participants are discovered.”

In his effort to cover every base prior to the start of this race for ocean racing/​cruising monohull and multihull boats, Attard even had a meeting with U.S. Customs and Border Protection officials in Detroit to make certain he had all of the required reporting information for his crew’s planned return to Key West.

The race itself has its own set of challenges — primarily the robust Gulf Stream current which the sailors will have to battle at some point when they cross open water heading toward Cuba.

“That’s the big tactical factor in this race — facing the Gulfstream — and when you will decide to cross the gulfstream,” said Attard, who expects to make that decision on race day with the benefit of the latest wind data.

Attard said he expects a very fast race, and one that will put him and the crew of Viva Las Vegas in Cuban waters within 24 hours of Wednesday’s start from the Miami Harbor entrance.

The event host is the Coral Reef Yacht Club. That facility has a long history of association with the Southern Ocean Racing Conference, or SORC, and hosts competitions that sail to The Bahamas, Jamaica and Key West, but Cuba has been off limits for decades. Cuban sailors were a part of the SORC’s predecessor, the Southern Circuit, and its last St. Petersburg to Havana Race was held in 1959.

Among the 45 boats registered for the event is another North Cape Yacht Club craft, Holy Toledo!, owned by Tom Andrews and Clif Vaughan. Andrews will skipper the boat and he expects his crew will include Tim Andrews, Alex Farell, Daniel Miller, and Jeff O’Connell.