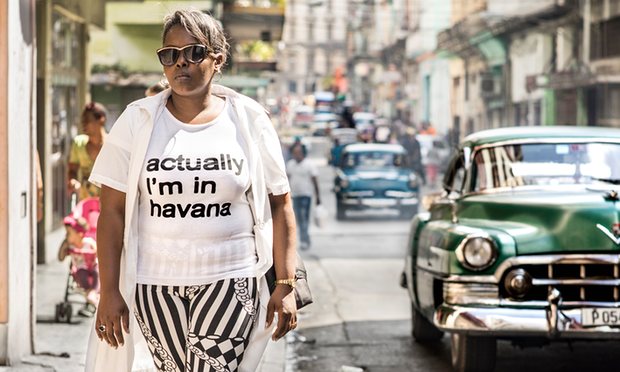 HAVANA, Dec. 3th Interest in travel to Cuba is experiencing an unprecedented surge – but at least four British operators have stopped taking bookings to the country as its infrastructure struggles to cope with demand. END_OF_DOCUMENT_TOKEN_TO_BE_REPLACED

HAVANA, Dec. 21th (By Sarah Greaves-Gabbadon)  MSC Cruises has announced plans to develop its own private Caribbean island experience in the Bahamas.

The company said it would be spending around $200 million on the project.

Bahamian Prime Minister Perry Christie and MSC Cruises Executive Chairman Pierfrancesco Vago have signed a 100-year lease agreement for the 95-acre island, which will be called Ocean Cay MSC Reserve and will offer, the line says, “an unprecedented exclusive marine reserve island experience in the Bahamas.” The line plans to break ground on the development in March 2016 and to open the island to guests in December 2017.

Over the next two years, MSC Cruises will work with the Bahamian government and ecologists to transform the former sand extraction station, located 20 miles south of Bimini and 65 miles east of Miami, into a marine reserve that will harmoniously coexist with the local ecosystem.

Plans for Ocean Cay include a berth and pier so that passengers can disembark straight from the ship to the island without tendering; a 2,000-seat amphitheater; a zipline; wedding pavilion; inland lagoon; and several restaurants and bars.

Passengers staying in the line’s premium-tier cabins, MSC Yacht Club, will have exclusive access to a spa and wellness sanctuary with private bungalows and massage huts on the northwest corner of the island.

A landscaping plan includes the planting of more than 80 indigenous Caribbean trees, grasses, flowers and shrubs and a network of walking and biking trails. The line also says there will be an architecturally faithful Bahamian village; shops and an arrival center.

“This is a natural progression for our company, which is growing very rapidly, and we are thrilled about providing this totally new experience for our guests in the Caribbean,” said MSC Cruises Executive Chairman Pierfrancesco Vago.

Ocean Cay will be a port call on the itinerary of MSC’s Caribbean-bound ships, notably MSC Divina and MSC Seaside(which launches in December 2017) sailing out of Miami, as well as MSC Opera and MSC Armonia, which sail from Havana, Cuba. The line also announced plans to establish a crew training school in Nassau to provide local manpower for the growing number of MSC Cruises ships sailing the Caribbean.

HAVANA, July  11 (AP)    Somewhere in the North Atlantic right now, a longfin mako shark — a cousin of the storied great white — is cruising around, oblivious to the yellow satellite tag on its dorsal fin.

In mid-July, that electronic gizmo should pop off, float to the surface and instantly transmit a wealth of data to eagerly awaiting marine scientists in Cuba and the United States.

How the mako became one of the first sharks ever to be satellite-tagged in Cuban waters is the subject of an hour-long documentary that is a highlight of Discovery Channel’s cult summer series Shark Week.

“Tiburones: Sharks of Cuba” marks the first time that TV cameras have recorded American and Cuban scientists working side by side to explore the mysteries of shark behavior, habitats and migration.

“The Caribbean has, I think, 20 percent of the world’s biodiversity of sharks and Cuba is the heart of that,” the show’s director Ian Shive said by telephone from Los Angeles.

“The oceans surrounding Cuba are like time capsules,” he said. “You can go back and look at the Caribbean as it was 50 years ago.”

Inspiring the project was a shark of legend — “El Monstruo,” or “The Monster,” a great white caught by fishermen off the Cuban village of Cojimar, east of Havana, 70 years ago.

Reputedly 6.4 meters long and weighing in at 3,175 kg, it remains perhaps the biggest great white ever captured anywhere in the world.

“All the fishermen and their families came down. They were excited because they had never seen such a big animal in Cojimar,” fisherman Osvaldo Carnero, a young boy at the time, told the filmmakers.

Tagging a similar big shark was one of the goals of the 15-day expedition in February that brought together shark experts from Cuba’s Center for Coastal Ecosystems Research and Florida’s Mote Marine Laboratory as well as Shive’s camera crew.

They found initial success along Cuba’s south coast in a pristine coral reef system known as the Gardens of the Queen, once visited by Christopher Columbus and now one of the Caribbean’s biggest marine parks.

There they successfully tagged two large silky sharks with help from veteran Cuban diver Noel Lopez Fernandez, who wrangled them underwater with his bare hands and then rubbed their bellies to sedate them.

Surprising data has already been received from the silkys, Robert Hueter, Mote’s associate vice president for research, said in a telephone interview from Sarasota, Florida.

Not only do they prefer to stay near the reef, the satellite tags — which measure sea depth as well as location — revealed that the sharks can dive as far down as 610 meters, much deeper than assumed for the species, Hueter said.

From the Gardens of the Queen, the scientists set off for Cojimar and struck it lucky by snagging the longfin mako, with top shark cinematographer Andy Casagrande underwater capturing video of the rarely seen oceanic creature.

It is only the second longfin mako to be sat-tagged, Hueter said. The first, in 2012, roamed from the Gulf of Mexico and around Florida before turning up in the Chesapeake Bay in Maryland, on the U.S. East Coast.

Hueter is hoping for the “pop-up” satellite tag, worth about $4,000, to come off the shark and commence its data dump sometime in mid-July.

“Everyone’s eager to get that data,” said Shive, who recalled the two years it took to get U.S. permission to go to Cuba and for Havana to green-light the first-ever satellite tagging of its sharks.

Hueter is hopeful that better relations between Washington and Havana will facilitate more joint projects between Florida-based scientists and their Cuban counterparts just 150 km away.

“In some ways (the February expedition) was the culmination of a lot of work, and in other ways it was the starting point for what will hopefully be a new age of cooperation between the United States and Cuba,” he said.

“Tiburones: Sharks of Cuba” premiered July 7 in the United States. Discovery Channel, which launched its 28th annual Shark Week on July 5, plans to air the show in other countries in the coming months.

HAVANA, July  8  Officials at Caribbean tourist destinations popular with Americans have been up in arms over the budding relationship between Washington and Havana. Opening the island to American tourists, the officials say, would decimate tourism-dependent economies in places like cash-strapped Puerto Rico.

They now have even more reason for worry.

On Tuesday, Carnival Cruise Lines said that it was trying to get the Cuban government’s permission to host cruises leaving from Miami then sailing to the island nation 90 miles south. If it can convince Cuban President Raúl Castro to allow the trips, Carnival would be the first American cruise company to visit Cuba since the 1960 trade embargo. The trips wouldreportedly cost around $3,000 per person, and the company hopes to start the voyages in May 2017.

Last week, Frank Comito, CEO of the Caribbean Hotel & Tourism Association, began a push for the Caribbean Basin Tourism Initiative, meant to boost U.S. travel to destinations in the region that aren’t Cuba.

“If we continue to operate business as usual, and we all draw from the same pie, and Cuba is in the equation … there will be serious economic and employment consequences,” Comito told the Associated Press.

Since announcing the renewal of diplomatic ties, the number of American tourists planning to travel to Cuba exploded. According to a March report in the New York Times, bookings jumped 57 percent for one tour operator in January. In February, they increased 187 percent. In March, they went up nearly 250 percent.

The challenge Cuban tourism presents to its neighbors has been on full display in recent days. Puerto Rico, an American commonwealth that relied on tourism for 7 percent of its gross national product in 2009, admitted it was on the verge of bankruptcy. Pleas for assistance from the White House and Congress fell on deaf ears.

San Juan insists tourism is a key part of its plan to reinvent its economy. A rival about 900 miles closer complicates this strategy.

“We’re going to have to develop some sort of credible strategy to deal with lack of economic growth,” Sergio Marxuach, policy director at Center for the New Economy in San Juan, told Foreign Policy in a recent interview. “Well-thought economic growth — that’s the most difficult thing.”

Cuba needs the money just as much as its neighbors. Tourism generates about $2.6 billion a year; annual GDP there was about $77.15 billion in 2013.

The coming arrival of American tourists harkens back to a dark chapter in Cuban history. With the blessing of the island’s leadership, American crime families set up gambling operations on the island in the 1920s and 1930s. (For a quick primer, watch The Godfather: Part II). When Cuban revolutionary Fidel Castro ousted President Fulgencio Batista in 1959, he condemned the poker houses and forced the mob out.