HAVANA, March 10th SpaceX has begun the process of securing licenses to operate its Starlink Internet service in the Caribbean.

I don’t know which nations they are considering but would advise them to seriously consider Cuba — Starlink service in Cuba would benefit the Cuban people, SpaceX, and the US.

What’s in it for Cuba?

Fixed home and commercial connectivity in Cuba are limited, slow, and expensive, but they do have shared connectivity — 1,095 pubic WiFi hotspots and 346 public access rooms with a total of 1,304 computers. They also have 1,057 GSM, 2,611 UMTS, and 768 LTE cell towers.

I can’t imagine Cuba permitting SpaceX to serve consumers, but Starlink could provide backhaul to cell towers, WiFi hotspots, and public access rooms in unserved areas. Cuban health care and education are arguably the best in the region, and one can imagine every rural school and clinic connected to Starlink.

Imagine providing those clinics with access to the resources at Cuba’s globally-recognized health portal Infomed, which has been online since 1992.

The Cuban revolution sought to find a just urban/rural balance and years later the Internet reflected that. I did a study of the Internet in Cuba in 1998 and observed that relative to other developing nations, the Cuban Internet was geographically dispersed.

Internet connectivity was only available in the capital city in 29 of the 44 African nations with Internet connectivity, whereas Informed had a presence in every Cuban province and Cuba’s 150 (at the time) Youth Computer Clubs, which provided computers for games and classes for young people and adults, had accounts in nearly every municipality.

(The study is not cleared for publication, but I can send you a copy if you are interested). Starlink connectivity would help to achieve that sought-after just balance — to shrink the digital divide.

What’s in it for SpaceX?

Trained, demanding users are necessary for Internet growth, and with a population of over 11 million well-educated people — about 25% of the Caribbean region — Cuba has pent-up demand for Internet access.

Furthermore, in spite of limited access to the global Internet, Cubans have had access to the domestic intranet at Youth Computer Clubs, school, and work and, recently, Internet access at the public access locations mentioned above.

Cuba also has the technical and content expertise needed to install and utilize enhanced connectivity. With little Internet connectivity, Cubans have improvised, developing:

Cuban ground stations could serve much of the Caribbean

Cuba would also be a good location for Starlink ground stations serving Caribbean nations and ships in the Caribbean sea. One could be located at the ALBA 1 undersea cable landing point at Siboney Beach at the south-east end of the island.

I have also argued that there should be another one 480 miles away at Cojimar, near Havana. I’m not kidding myself that anyone will pay attention to my recommendation, but someday there will be a cable landing near Havana, and that would be a logical place for a second ground station.

What’s in it for the US?

President Biden has promised to “reverse the failed Trump policies that inflicted harm on Cubans and their families,” and a Starlink presence in Cuba would be a noteworthy step toward fulfilling his promise.

Cuba’s first connection to the Internet was as a participant in the National Science Foundation (NSF) International Connectivity Program (ICP), which connected research and education networks in many developing nations.

The NSF provided Cuba and other nations connectivity to The US NSFNET, which was the major global backbone at the time. The link from Cuba to Florida was provided by Sprint and Cisco provided routers.

US and Cuban policy quickly closed the door on US-Cuba networking and collaboration, and China filled the vacuum. Today, Huawei is the dominant provider of Internet infrastructure from the national backbone to the WiFi hotspots and even the central office equipment used in Cuba’s lame DSL home connectivity offering.

They also sell phones in Cuba. If the Biden administration would cooperate and SpaceX was willing, Starlink could provide a crack in China’s dominance in Cuba. If Cuba does not go with Starlink, they have a number of non-US alternatives, including SES, which currently provides MEO connectivity, Telesat, and OneWeb, but the most likely provider is China’s GW constellation.

Secretary of State Antony Blinken stated recently that China poses a threat to the current international order and is America’s “biggest geopolitical test of the 21st century.”

The foreign relations impact of Starlink in Cuba would be more important than opening a market for a single US company. The US embargo is unpopular in most Latin American and Caribbean nations, and a Starlink presence in Cuba would improve our standing.

It would also be a roadblock in the way of Chinese expansion of the “Digital Silk Road” portion of their global Belt and Road infrastructure initiative.

There is a good chance that he would be turned down, but I hope Elon Musk takes a shot at offering Starlink in Cuba. Hopefully, he would have the support of the Biden administration as well as Google, a SpaceX investor that has been persistently active in Cuba since 2015.

Cuba has gone its own way since 1958, and that has been good and bad, but it means that Cuba is somewhat unique, and we could all benefit from improved access to Cuban art, science, medicine, music, etc. Starlink in Cuba would be a win for the world. ( www.circleid.com) 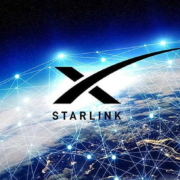 Starlink Will Be Priced to Be Affordable in Cuba