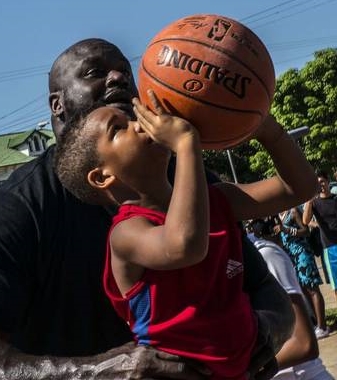 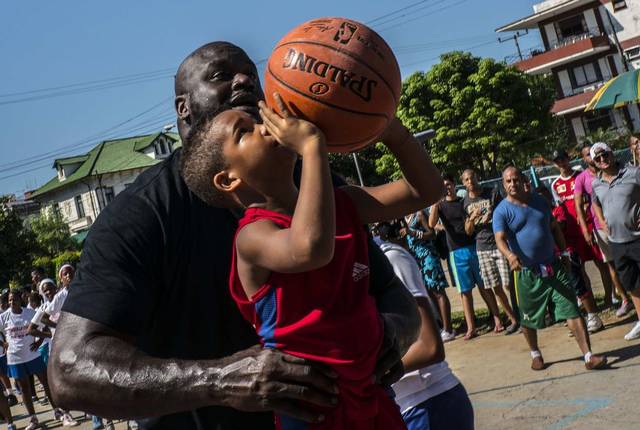 HAVANA,June 27th  (AP)  The Shaq show came to Havana on Sunday as NBA great Shaquille O’Neal put on a basketball clinic for local youngsters, becoming the latest emissary for American outreach to the people of Cuba.

The 2016 Hall of Fame inductee and four-time NBA champion led star-struck kids in layup drills and coached scrimmages while onlookers cheered from the sidelines, part of a U.S. State Department-sponsored visit to foster people-to-people exchanges with Cuban citizens.

Recent months and years have seen a string of American sporting, diplomatic and cultural missions to the island as Washington and Havana mend relations that were openly hostile for over five decades. Ties were formally restored last year under presidents Barack Obama and Raul Castro.

“Baseball, soccer, basketball — it’s about sports, you know,” O’Neal said. “We share a lot of things in common. We just want to come over here and extend our friendly hand and just start smoothing things out.”

“It was great for (Obama) to reopen the door, regain a better relationship with this beautiful island,” he added.

Basketball aficionado Juan Navarrete, 13, was thrilled to see the NBA legend up close.

“I would really like to become great, a great player,” Navarrete said. “Maybe I can become a great player like Shaquille O’Neal.”

This March, the Tampa Bay Rays played Cuba’s national baseball team in a Havana exhibition game that was attended by both Obama and Castro.

A love shared and passed down for Harley-Davidson lives on the roads of Cub...