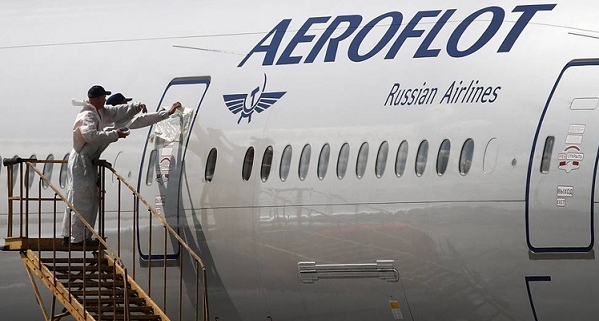 HAVANA, March 25th The Russian government will expand the number of weekly flights from Moscow to Varadero to seven, according to Sputnik.

Cuban Tourism Minister Juan Carlos García Granda Cuba, on a working visit to Russia, has proposed that that country increase the number of direct flights to the island and open routes to other cities, such as Holguín.

“We came here to show how safe it is to visit our country, to explain the essence of the sanitary and epidemic measures, and to ensure our willingness to provide safe vacations to Russian tourists,” said the minister during a recent interview with the TASS agency.

The Cuban Tourism Minister emphasized that those who traveled to Cuba from Russia “were healthy to fly [there] and remained healthy when they returned.” “Therefore, in case any agreement is reached here, the Russian tour operators, as well as ourselves, will definitely welcome them,” he added.

However, Juan Carlos García recognized that the decision to operate more flights or not to Cuba is a sovereign decision of the Russian government. The decision to increase the number of regular flights between Moscow and Varadero is the result of a recent agreement called to study the increase in air connections between both countries, taking into account the global context of the coronavirus pandemic.

Russia’s Federal Air Transport Agency suspended scheduled and charter flights to and from the Eurasian nation on March 27. The airline Aeroflot suspended travel between Moscow and Havana on March 29, thinking that it would resume them on April 30, something that could not be possible due to the epidemiological crisis.

The governments of Cuba and Russia assured in July that they were negotiating a possible reopening of regular flights to Havana as of September 15. However, it was not until October 14 that Russia reestablished flights with Cuba. Flights from Moscow to the island first arrived at the destinations of Cayo Coco and Santa Clara.

International tourism fell notably in Cuba during the first two months of 2021. Compared with January and February 2020, the country stopped receiving more than 95% of travelers, a setback essentially attributed to the coronavirus pandemic.