HAVANA, July 31  , 2015 /PRNewswire/ — As the United States and Cuba move toward normal relations for the first time in more than 54 years, a remarkable documentary film profiles a unique collection of people who are pushing the boundaries and “Reinventing Cuba.”

The one hour documentary film, “Reinventing Cuba,” goes beyond the stereotypes – beyond cigars and salsa, beyond mojitos and Malecón, beyond antique American cars and decaying architecture to reveal an extraordinary nation eager to embrace change.

Cut off from America by decades of hostility, living in conditions of scarcity and political restrictions, the Cubans emerge here as a people making something out of nothing with whatever is at hand.

Hadden portrays vibrant, hopeful, and resourceful characters facing enormous challenges in today’s Cuba.  He reveals an often overlooked, burgeoning, middle class that is at the forefront of what will likely be Cuba’s future as it moves into a new era.

“Reinventing Cuba” has its first airing Sunday August 9th, a few days before John Kerry becomes the first U-S Secretary of State to visitHavana in 60 years.

The documentary is directed by Humberto Duran; filmed by Amando Guerra and Josep Alfero.  It is produced by the North American production center of China Central Television.  Executive Producers are Ma Jing, Mei Yan and Guo Chun.

“Reinventing Cuba” can be seen August 9th at 7pm US eastern time, nationally on Dish Network Channel 279 and on the ‘CCTV News’ channels in New York, Washington  D.C., and Los Angeles. 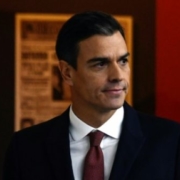 Is Cuban music about to blow up in the US ? This 2,700 horsepower raceboat is going for the Key West to Havana record
Scroll to top