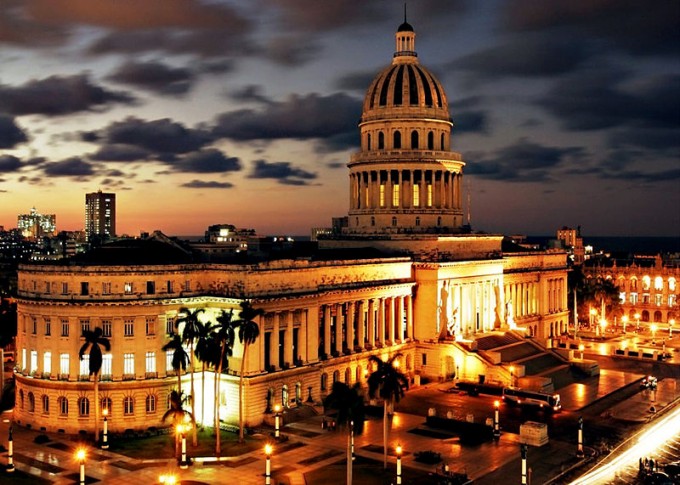 HAVANA, 24 September  The National Capitol building is a symbol of the city and one of the Cuban big buildings. Moreover, Italian marbles  were used for its construction. Its walls, roofs and lamps were mainly made in France. The emblematic building is regarded as a National Monument since 2010. Today, that huge building is being fully refurbished by the group from the city’s Historian office and a group of private contractors.

It was in 1926 when the then secretary of Public Works Carlos Miguel de Céspedes, during the Gerardo Machado government, ordered to the architects Evelio Govantes and Félix Cabarrocas the planning of that building which was carried out by the Purdy and Herderson Company.
The institutions participating in the refurbishment work include the local Puerto de Carena one, Constructora Caribe one, the Producciones Industriales Cabildo one, among others. Julio Gamboa, who is the main responsible for the refurbishment of the historical architectural structure, explained that there are five main works of refurbishment: the roof, the fourth floor, the ground floor, the external areas and the dome´s structural elements, during the first stage of investment.

Julio Gamboa also added that “the complexity of that work led to carry out a diary analysis, along with the state-run and private institutions to look for a solution for each problem. Over 200 workers from both sectors, who were mainly trained at the related workshop school from the city´s Historian office, are participating in the building´s refurbishment.
The workers who carry out the reconstruction have great experience in relation to the heritage refurbishment. In addition,“all the material used have been nationally produced, including the long-thing bricks from Las Tunas province. The construction of the National Capitol building started on April 1926 in a plot of land with over 43.000 square meters. Moreover, there were around 8000 men, from different nationalities, who participated in its building process. Over eight decades from the beginning of the building of that work, the nation is assuming the important challenge in relation to work for the refurbishment of one of the capital city´s urban landscape´s architectural wonders.
By Hilia Tamayo Batista