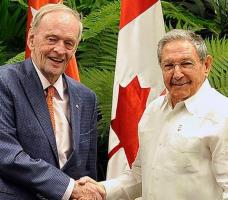 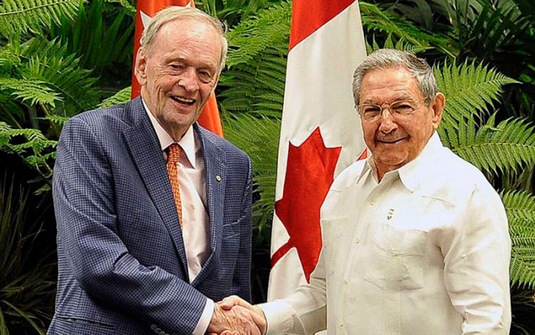 Castro and Chretien recalled during a talk the visit made to the island in April 1998, when he was prime minister, as well as his contribution to the promotion of Canadian investment in Cuba.

They also expressed “mutual satisfaction” for the progress of bilateral relations and the potential for their development, according to the official report on the meeting.

The meeting was also attended by the Ambassador of Canada in Cuba, Patrick Parisot, and the Cuban Ministers of Foreign Affairs, Bruno Rodríguez, and Foreign Trade and Foreign Investment, Rodrigo Malmierca.

Canada is the fourth commercial partner of Cuba, after China, Venezuela and Spain, with an exchange of nearly $ 800 million in 2015.

Canadian companies have significant investments in the island in areas such as oil, mining, energy, agri-food and tourism.

Canada is also the main source of tourists to the island, with more than 1.1 million visitors, which in 2016 represented more than 30 percent of the total of the 4 million travelers that arrived in Cuba.

U.S. publishes long list of places in Cuba off limits to Americans