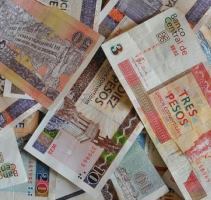 HAVANA, Dec. 22th (EFE) – Cuban President Raúl Castro assured that “the elimination of the double currency can not be delayed any longer” and warned that 2018 “will also be complicated for the nation’s external finances” .

This was detailed on Thursday during the speech with which closed the second and last annual plenary session of Parliament.

These unfavorable forecasts are produced despite the fact that the country emerged from the recession, experiencing a growth of 1.6%.

However, the Cuban leader considered that although the monetary reunification will not solve all the problems of the economy, it is “the most decisive process” to advance the reforms promoted to update the socialist model.

He also showed his intention to comply with the commitments of payment of the external debt renegotiated in 2015 with the Paris Club.

Restore the “value” of the Cuban peso
The crisis in Venezuela, which has reduced shipments of subsidized oil to Cuba, the cooling of relations with the United States. after the arrival to power of Donald Trump and the more than 13,000 million dollars in losses due to the passage of Hurricane Irma on the island have sharpened the chronic economic problems of the country.

“Without solving this issue, it will be difficult to advance correctly,” said the president, whose intervention was reproduced by state media.

Two currencies circulate in Cuba: the Cuban peso (CUP) and the convertible peso in currency (CUC, equivalent to the dollar and 24 CUP).

The Cuban authorities have explained that the main objective of the unification is to restore the “value” of the Cuban peso (CUP) as national currency and its functions as money.

Most Cubans collect their salaries and pay basic services with the national currency CUP and the average salary is about 672 Cuban pesos (equivalent to about 28 dollars).

Although the process to reach the planned monetary unification in the Caribbean country began in 2013 with the entry into force of a schedule of measures, until now it is unknown when it will take place.

“Nobody can calculate the high cost that the persistence of duality has meant for the state sector, which favors the unfair inverted pyramid, where greater responsibility is received, a lower retribution is received,” the president said.

He considered that the situation discourages some “able citizens” to “work legally”, while other highly qualified workers migrate to the non-state sector.

Stopping self-employment
He also asked to consolidate the participation of foreign foreign investment in the Cuban economy, which this year exceeded for the first time the goal of 2,000 million dollars, although he recalled that this process is hindered by the economic embargo that the United States maintains on Cuba.

Regarding the development of self-employment, which is in a process of “improvement” that has led to the suspension of the most popular licenses (such as private restaurants and tourist rentals), he reiterated that the country “will not renounce the deployment and development of non-state forms of management in the economy. “

However, he insisted on the “need to ensure respect for the law, secure positive results and firmly confront illegalities and violations of the current policy,” reasons that the Government argued last August when it froze the concession of some types of license.

According to official figures, Cuba has 567,982 self-employed workers, 12% of the country’s workforce and 32% of them are young.

EU ‘temporarily’ transports its Immigration Office in Cuba to M...
Scroll to top