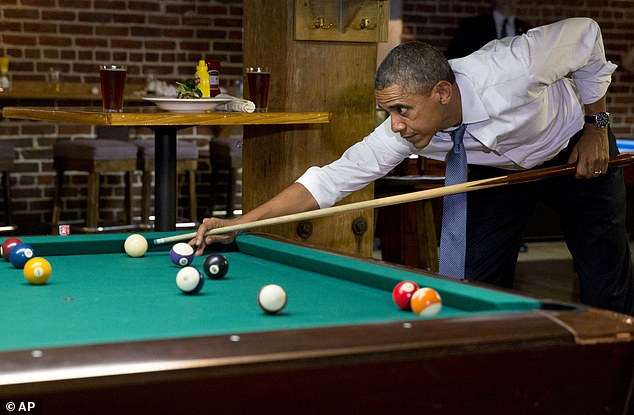 HAVANA, Feb. 18th As part of his opening to Cuba, President Barack Obama is expected to visit the island March 21-22, becoming the first sitting U.S. president to travel there in almost 90 years, sources said Wednesday.

The president is expected to arrive March 21, sources said. That timetable would put him in Cuba during a week when Havana is awash in special events. On the 20th, the Rolling Stones are expected to conclude their Latin America tour with a concert in Cuba and on March 22, Cuba’s national baseball team will play the Tampa Bay Rays in Havana. It’s unclear whether the president will attend the baseball game.

The White House will make the official announcement at a briefing Thursday. Obama, sources say, will stop in Cuba on his way to Argentina.

Critics of Obama’s Cuba policy were quick to condemn the visit.

“If true, it is absolutely shameful that Obama is rewarding the Castros with a visit to Cuba by a sitting American president since their reign of terror began,” said U.S. Rep. Ileana Ros-Lehtinen, R-Miami. “A visit by President Obama more than one year after his unilateral concessions to the regime will only legitimize the Castros’ repressive behavior.”

A flurry of U.S.-Cuba events this week, plus Cuba’s recent return of a U.S. Hellfire missile that it said was mistakenly shipped to Havana from Paris in 2014, gave impetus to the possibility that an Obama trip to Cuba was in the works. On Tuesday, the United States and Cuba signed what they’re calling an arrangement that would allow commercial flights between the two countries to resume for the first time in more than 50 years.

That same day, Rodrigo Malmierca, Cuba’s minister of foreign trade and foreign investment, spoke at the U.S. Chamber of Commerce. He was accompanied by a large Cuban trade delegation. Secretary of State John Kerry is scheduled to meet with Malmierca on Thursday afternoon.

The first of two days of U.S.-Cuba talks to discuss the regulatory environment in the United States and Cuba began Wednesday. Under discussion are possible changes so that businesses in both Cuba and the United States can better take advantage of a commercial opening that began when the two countries announced they were normalizing relations on Dec. 17, 2014. The two countries hadn’t had diplomatic relations in more than five decades.

The president said in December that he would like to visit Cuba before the end of his term but that the visit depended on more progress in his priorities for Cuba, such as a bigger role for private enterprise, improvement in Cuba’s human rights record and more access to information and the Internet for Cubans.

Between now and the visit, sources said a number of business deals that are in the works could come to fruition.

The Cuban trade delegation’s “visit along with the restoration of the first U.S. commercial flights to Cuba in more than 50 years are important steps forward in our policy of engagement and show what can be accomplished when there is meaningful, constructive dialogue between our two countries instead of the decades of isolationist policies that preceded it,” said James Williams, president of Engage Cuba, a public policy group that supports normalization.

The last sitting U.S. president to visit Cuba was Calvin Coolidge in January 1928. Former President Jimmy Carter made two trips to the island after leaving office.

Some of world’s best art is made in Cuba