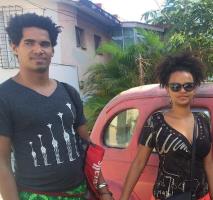 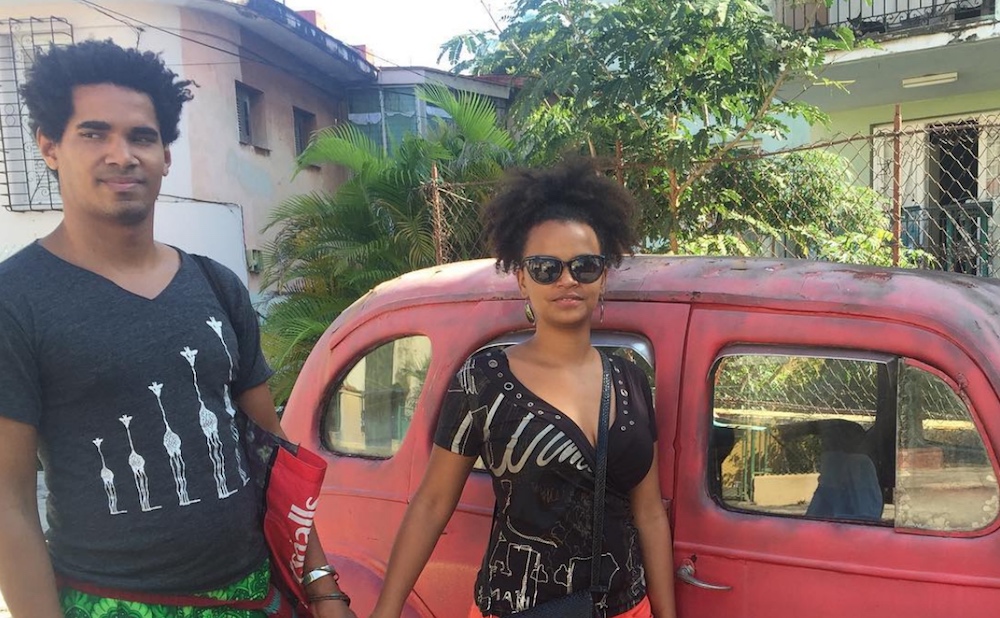 Together with his partner, the art historian and curator Yanelys Nuñez Leyva, Alcántara is one of the leaders of the #00Bienal Havana Biennial, an independent event organized after the National Arts Council and the Wifredo Lam Center postponed the official 13th Havana Biennial until 2019 (the official reason given was damage sustained during Hurricane Irma).

The two had planned a press conference, to be held yesterday afternoon, on the topic of the independent biennial.

Alcántara has been accused of being in “illicit possession of construction materials.” Artist and scholar Coco Fusco, in conversation with activists in Havana, told Hyperallergic that his aunt has since visited the police station where he is being held to attest that the materials belong to her. What the offending materials actually are remains unclear.

Writing on Facebook, Nuñez Leyva (who is reported to also have been questioned, though she is not in custody at present) gave a thorough account of the day’s events, saying that the site of the press conference was searched by police around 3pm on Monday — two hours before the conference was due to start — and that the search had continued after Alcántara had been taken, without resisting, to the police station.

She also said that the police told her it was not a political matter and that Alcántara would likely be released tomorrow. However, the latest news suggests that he will be taken to the Vivac detention center tonight and a hearing will be held in the Old Havana Municipal Court on Friday, November 10.

According to Diario de Cuba, Nuñez Leyva and Alcántara were also working on a digital project called “The Museum of Dissidence in Cuba,” in which Cuban icons like the indigenous leader Hatuey and independence martyr José Martí are profiled as dissidents.
(The digital institution’s list of subjects also includes Fidel Castro and Oswaldo Payá, one of the current regime’s fiercest and best-known critics, who died in a 2012 car crash that remains shrouded in controversy.)

Last month, announcing the alternative biennial, Alcántara told Diario de Cuba that “the biennial doesn’t belong to the institutions, but to artists; I think it’s the country’s most important cultural event, and that is why we decided to organize it ourselves.”