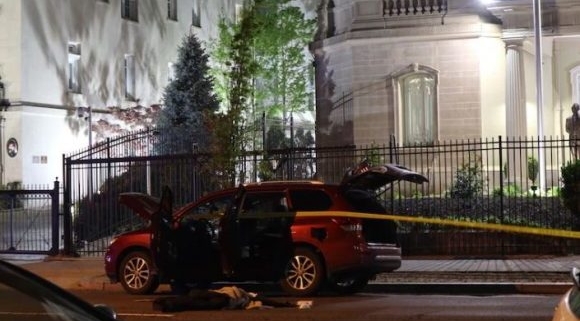 HAVANA, May 1thy (AFP) Authorities have arrested and identified a Texas man who allegedly fired multiple rounds with AK-47 at the the Cuban Embassy in Washington D.C., with police investigating it as a ‘suspected hate crime’.

Authorities say they found him with the weapon at the scene.

‘This morning at approximately 2:15 am, US Secret Service officers responded to the Embassy of Cuba following reports of shots fired,’ the Secret Service said in a statement. 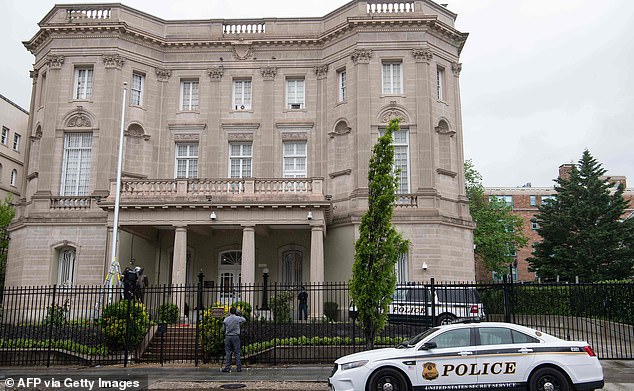 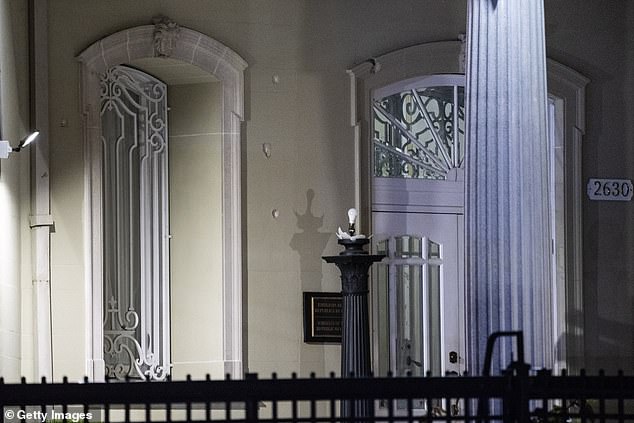 Although no one was injured, bullet holes were seen on the Cuban Embassy’s exterior walls and windows (pictured) 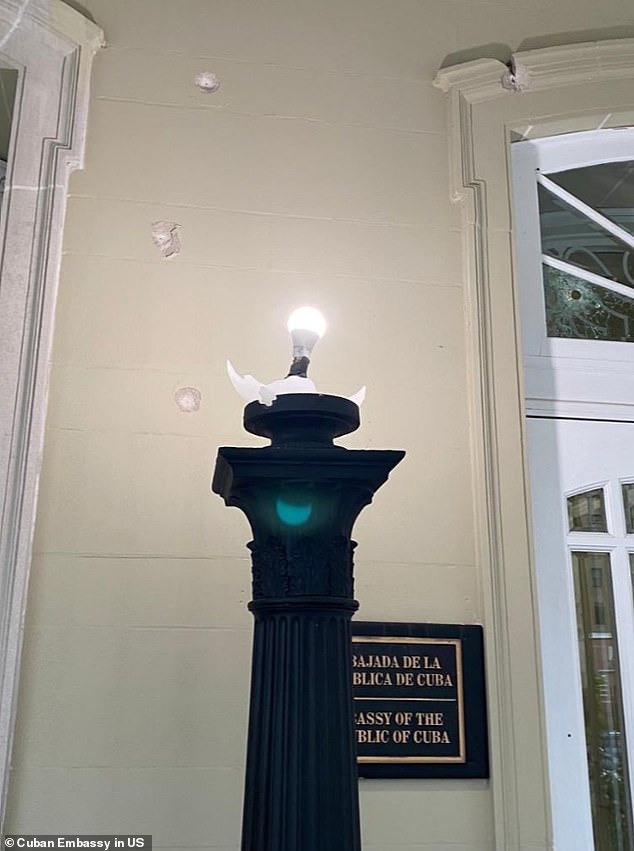 Pictured: bullet holes in the exterior of the Cuban Embassy and a shattered light bulb 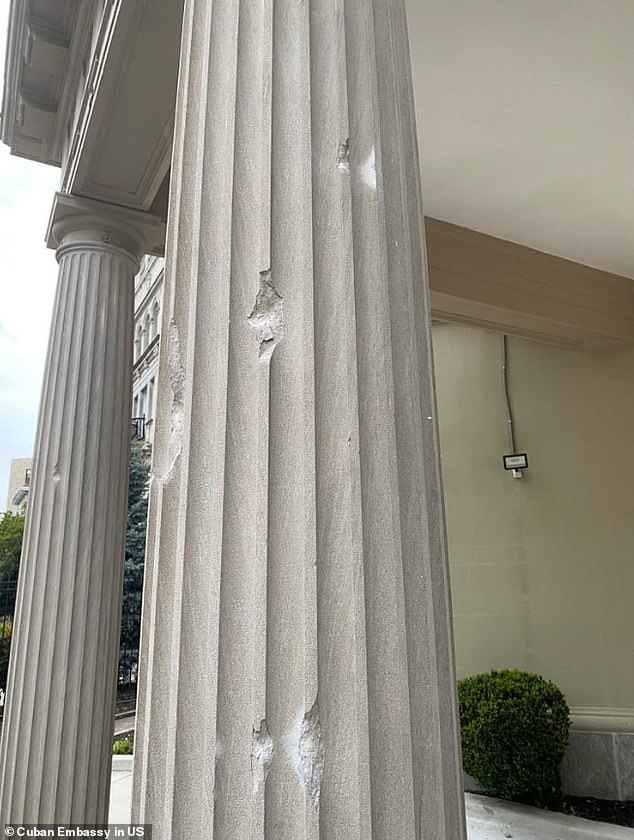 Pictured: Chunks of a stone column are missing after gun fire rang out early Thursday

‘No injuries were reported at the scene.’

A police report obtained by The Associated Press describes the shooting as a ‘suspected hate crime’ and says Alazo ‘knowingly discharged multiple rounds from an AK-47 rifle into the Cuban Embassy.’

But the report also says Alazo´s motivation is unknown.

Local media reported that Alazo fired around 30 shots at the Cuban Embassy.

Washington’s police department confirmed the incident but said an investigation was in the hands of the Secret Service, which often handles investigations involving foreign diplomats.

The Cuban Embassy released a statement, translated from Spanish, that WUSA 9 reports that their building had sustained damage. 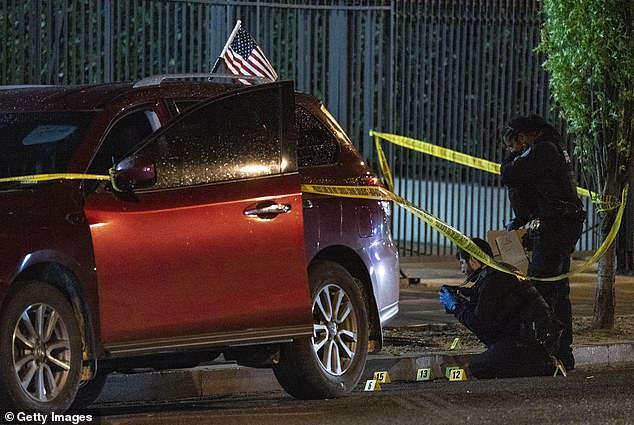 Authorities searched a maroon Nissan Pathfinder, but its relation to the incident are unclear 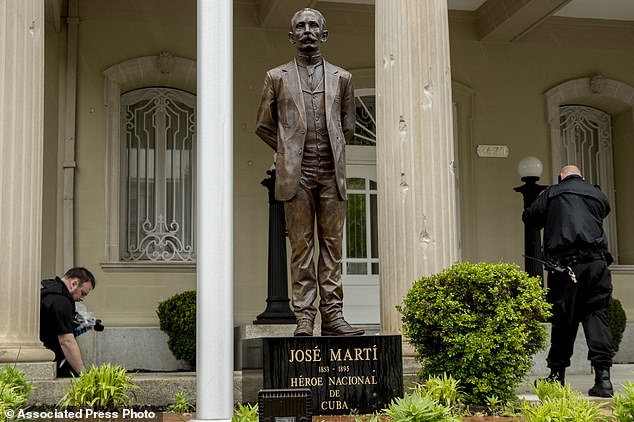 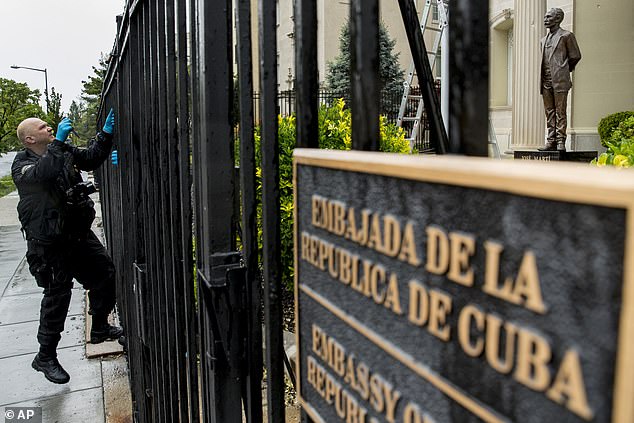 Pictured: Authorities searched the scene outside the Cuban embassy this morning after Alazo allegedly opened fire

Photos from the scene show bullet holes in the walls and windows of the building.

‘There was no damage to the mission’s personnel, who are safe and protected, but there was material damage to the building resulting from the impact of the shooting,’ they wrote.

The Washington Post said that neighbors reported on the app Nextdoor that they had heard gunshots and screaming . 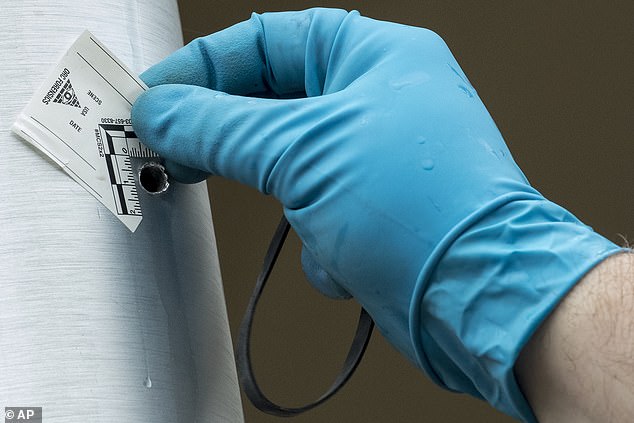 Pictured: A Secret Service investigator examines a bullet hole in the flagpole in front of the Cuban Embassy 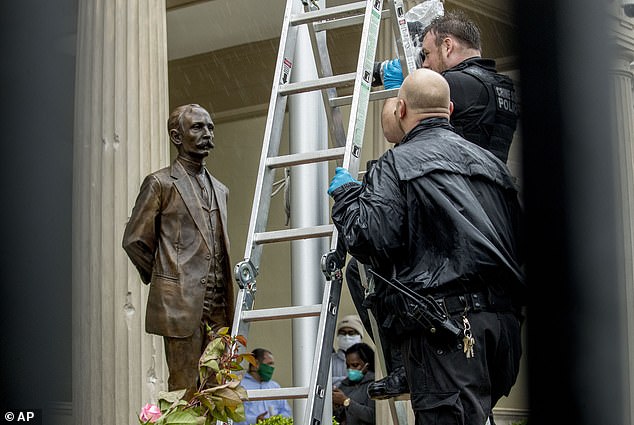 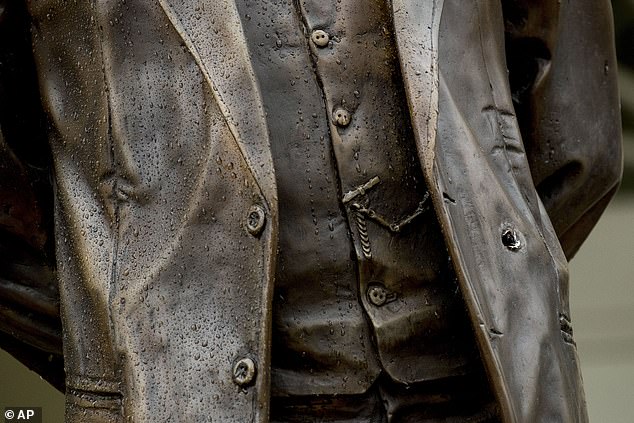 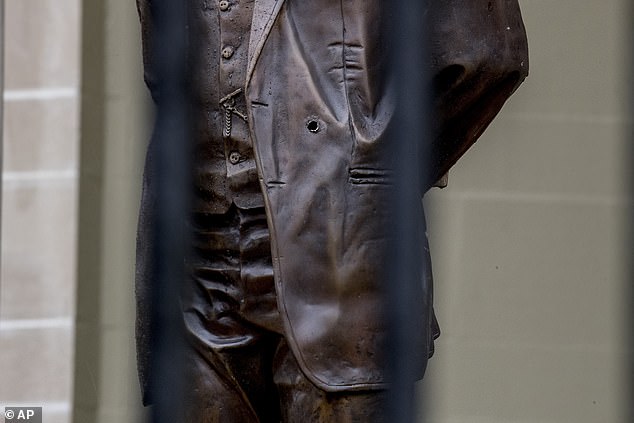 Cuban Embassy: ”There was no damage to the mission’s personnel, who are safe and protected, but there was material damage to the building resulting from the impact of the shooting’ 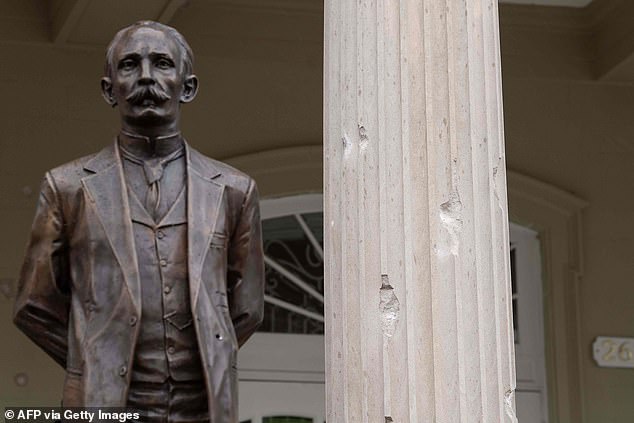 Investigators found a black jacket and blanket at the scene, but it’s not immediately clear if they’re related to the crime

A Nissan Pathfinder parked outside the Cuban Embassy became the focus of intense investigation, as officers blocked it off with caution tape and photographed the vehicle.

A black jacket and what was thought to be a blanket were found on the ground next to the driver’s side door.

It’s unclear how or if the Nissan Pathfinder was involved in the incident.

The embassy, located on 16th Street at the edge of the Adams Morgan neighborhood, a normally bustling area full of bars and restaurants but which has been stilled by the coronavirus shutdown. 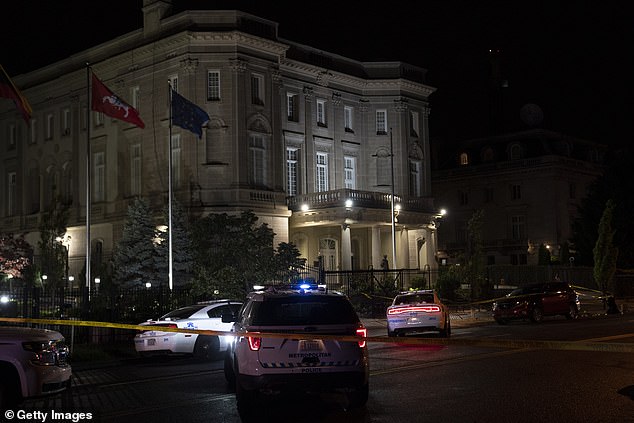 Pictured: Authorities stationed outside the Cuban Embassy after reports of gunfire 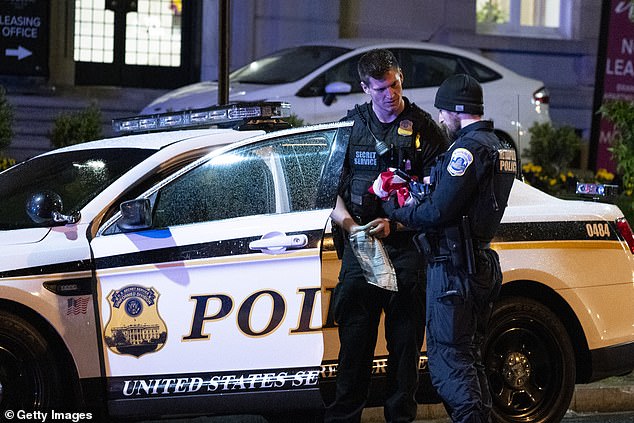 Alazo was arrested on several charges, including assault with the intent to kill and possession of a high capacity feed device 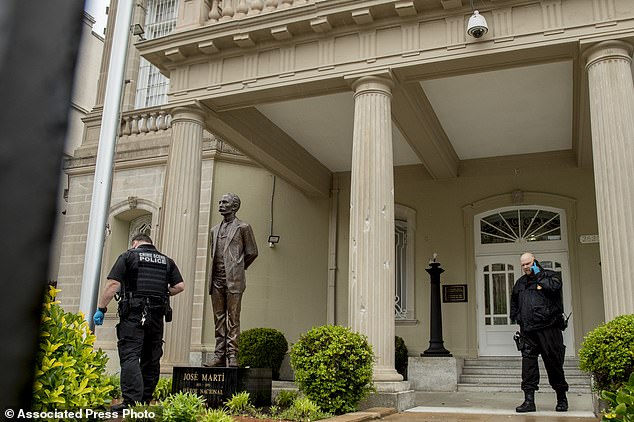 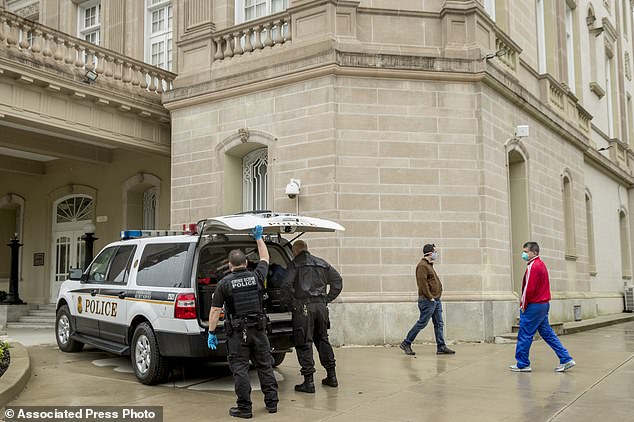 The administration of President Donald Trump has chilled relations with Havana, reversing course after an opening initiated by his predecessor Barack Obama.

In October 2017, Trump’s administration expelled 15 Cuban diplomats after a rash of incidents in which US embassy staff in Cuba reported as yet unexplained head pains, dizziness and hearing loss.

However, US Secretary of State Mike Pompeo criticized countries like South Africa for accepting Cuban doctors to help battle coronavirus.

He claimed the doctors from Cuba only benefit their government and urged them to defect immediately.

‘We’ve noticed how the regime in Havana has taken advantage of the COVID-19 pandemic to continue its exploitation of Cuban medical workers,’ he said.