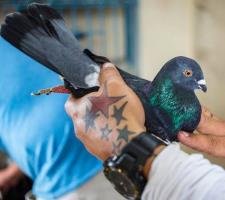 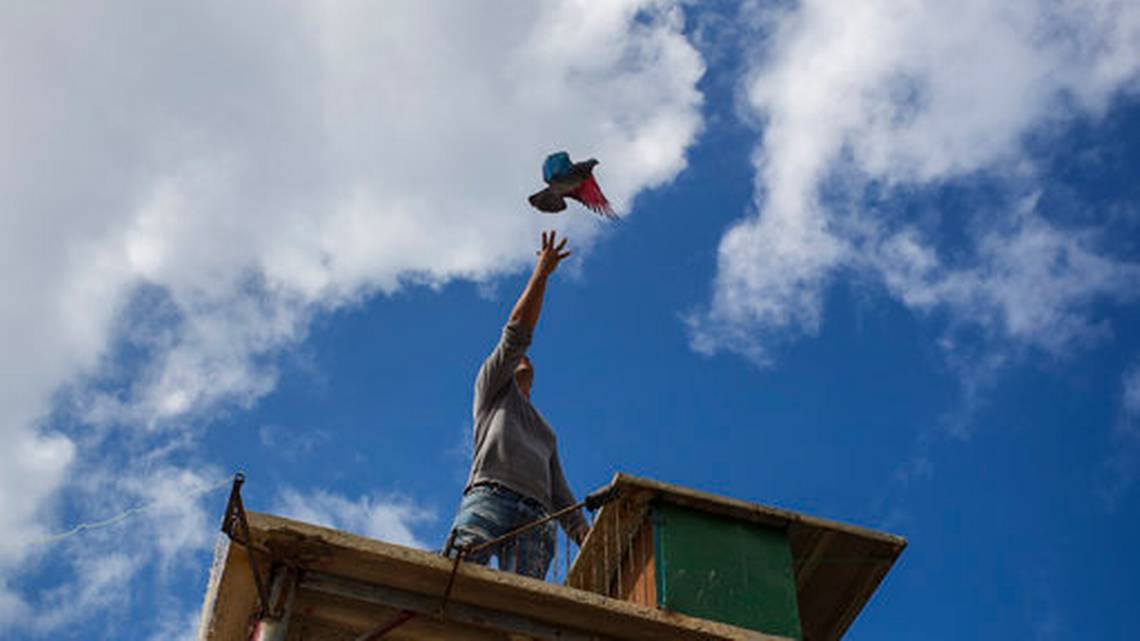 HAVANA, Nov. 10th (AP) It may be a tranquil day on the streets of the Cuban capital, but up in the sky it’s an avian war zone.

Pigeons lovingly raised and trained in rooftop pens are turned loose across the city. The gray and white birds dart through the air in feats of aerial acrobatics, competing to see which can out-fly and out-maneuver their rivals and win over females in contests that draw huge audiences on the ground.

The sport has taken off on the island, attracting thousands of enthusiasts who breed birds for speed and stamina to compete in yearly contests, and some even for export to markets around the world.

Many Cubans are seemingly transfixed by the contests between birds sometimes known by colorful monikers such as “White Tail,” ”The Mexican,” and “The Ripped One.” For those involved in the sport, it can be an obsession in which they spend hours every day sending their birds out to conquer and mate, hoping for a bonanza of chicks from the exchange.

“I pigeon every day, no matter what happens,” said Edison Campos, a 28-year-old barber who has raised the birds since he was a child. “It’s a vice.”

Hobbyists trade or sell birds to other aficionados, adding to the ever-growing stock of available birds in the market and keeping the pigeon craze dynamic and growing throughout Cuba, where it is an ideal sport because it requires only a small space on a rooftop for a coop and little cash, which is in short supply on the island. 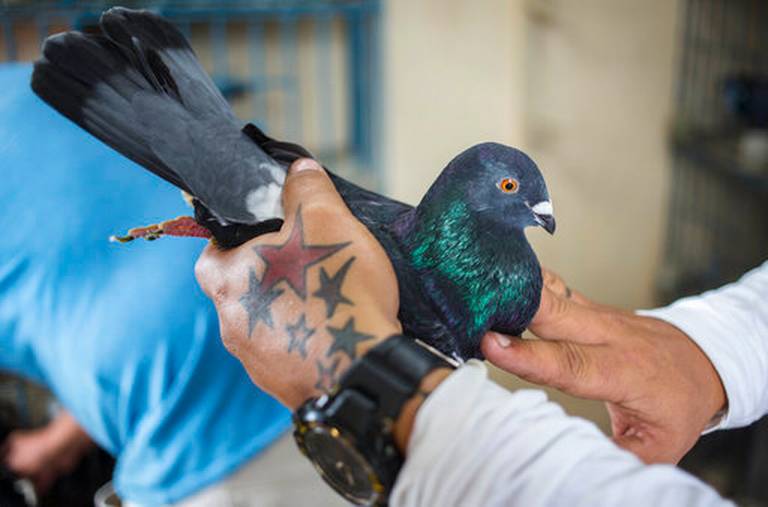 “First of all, it’s my hobby, not so much an addiction, but for entertainment. When I don’t have anything else to do, I go up to the roof and see the pigeons, see how they compete and try to make them better every year,” said Ernesto Eng, a 49-year-old breeder.

There are no firm numbers, but the practice appears to be undergoing a boom in Cuba, with clubs proliferating around the country. So far the government has taken a hands-off stance.

It is easy to find people pausing during their daily activities to stare up at the sky to admire what’s going on with the pigeons up above.

On thousands of roofs in Havana, boys and men — it doesn’t seem to attract many women — can be found working on their coops or taking care of their birds and discussing the intricacies of a sport in which the pigeons are often referred to as “thieves” or “killers.” Neighbors erect bridges of zinc plates to walk from one rooftop to another. 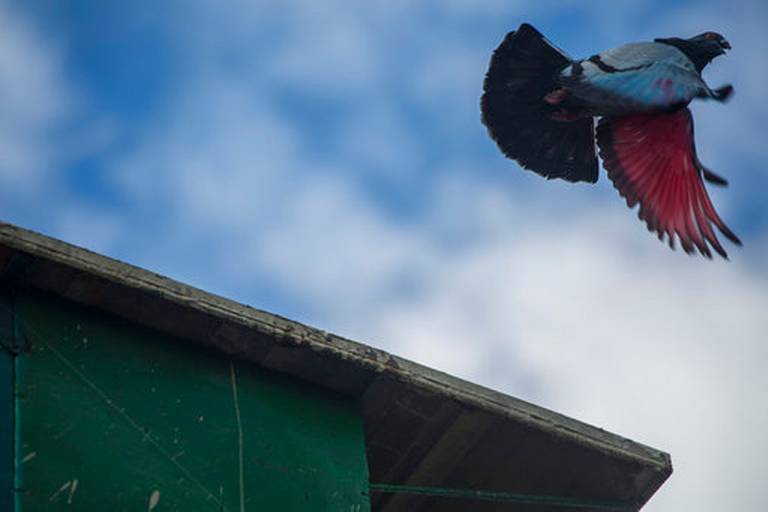 Various non-official groups have emerged to regulate the sport, setting standards for the care and treatment of birds, including a ban on traps, and organizing competitions involving hundreds of breeders with as many as 20 birds each. They are in conflict with the “street breeders” like Campos, who chafe at the regulations and sometimes trap the birds of others.

Eng, part of a racing organization in Guanabacoa, says breeders who operate independently mistreat birds and hurt the sport. “They are bringing it down,” he said.

In addition to a trophy and bragging rights, the winners of these competitions can also sell prize birds to other breeders and collectors, making it a badly needed source of income for some people. Prices for top specimens can reach $1,500.

One breeder says many birds end up being exported, especially to the U.S., where the Cuban diaspora has taken the pigeon hobby to their new homeland. They return home to look for breeding stock and well-trained birds they can enter into competitions on the mainland.

“Now we are all driven crazy by the pigeons because there is more market for them,” said Eduardo Montufar, another breeder. 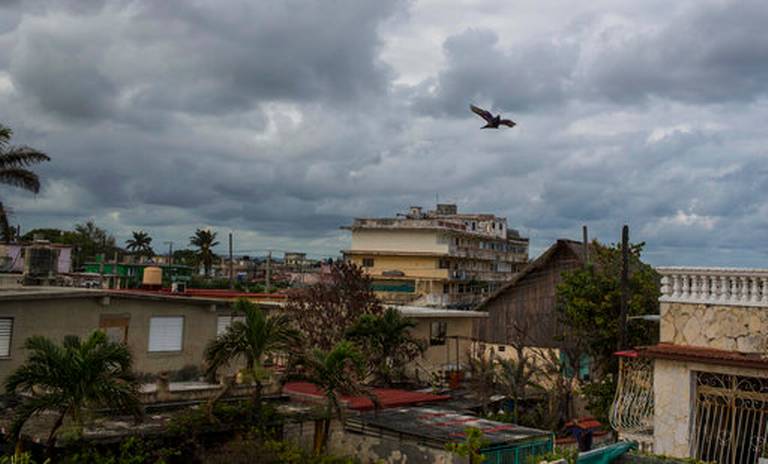 U.S. publishes long list of places in Cuba off limits to Americans
Scroll to top