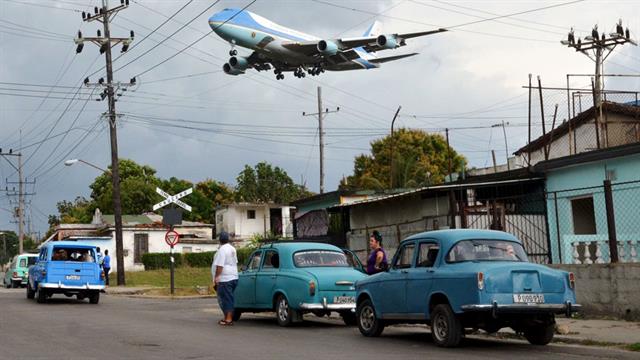 HAVANA, March 20th (Reuters) Obama visited Havana in March 2016, the first trip by a U.S. president to Cuba in 88 years.

It was the culmination of a diplomatic opening towards the country, seeking to put an end to years of Cold War-era hostility.

His successor Donald Trump unraveled that detente and tightened the crippling U.S. trade embargo on Cuba, arguing that he would force democratic change.

Biden, who was vice president under Obama, vowed during his campaign to reverse Trump’s policy shifts that “have inflicted harm on the Cuban people and done nothing to advance democracy and human rights.”

But the White House said earlier this month a broader Cuba policy shift was not currently among Biden’s top priorities, even if it was “carefully reviewing policy decisions made in the prior administration, including the decision to designate Cuba as a state sponsor of terrorism.”

“I am very concerned that Biden will not continue in the same vein as Obama and will allow himself to be influenced by the politics of Cubans in Miami,” said retired Cuban economist Ileana Yarza.

Trump may have lost last year’s election but he did win the swing state of Florida, in part due to a Republican campaign to paint Biden as in hock to the radical left, a charge that hit home with the state’s large Cuban-American population.

The Cuban economy is now suffering its worst crisis since the fall of former benefactor the Soviet Union, partly due to a slew of new U.S. sanctions under Trump which ended cruises to Havana, limited flights, reduced remittances, and dampened foreign investment.

Families separated by the Florida Straits are more divided than ever after he reduced the Havana embassy to skeletal staffing, following a series of unexplained illnesses among diplomats. Consular services for Cubans have been moved to third countries.

Sarah Batista, who runs a souvenir crafts shop in Old Havana, said private entrepreneurs like her had especially benefited from the detente and ensuing tourism boom.

“With Trump, please! Everything has been declining, you know? And now with the pandemic, it is even more so,” she said.

“Hopefully, with this other president (Biden), we can have the same luck and the same opportunity that we had with Obama.”

The U.S. sanctions have hurt a state-run economy already smarting from its own inefficiencies and a decline in aid from ally Venezuela.

Proponents of the sanctions say it is these and the resulting economic squeeze that has forced Cuba to pick up market-style reforms once again lately. Critics underscore the cost to a population dealing with shortages of basic goods like food and medicine.

Analysts say it is still early days and Biden has many more pressing foreign policy issues after four years of the turbulent Trump presidency. But for Cubans, every extra day counts.

“In fact, already, the policies aren’t the same because there are no new sanctions,” said Carlos Alzugaray, a former Cuban diplomat.

“But everything that the previous (Trump) administration did that stands in the way of a return to the path of normalization has not begun to be reversed.”