The cable system will have connections to the NAP (network access point), or MI1, a massive data center operated by Equinix in Miami. The data center is considered the primary network exchange point between the US and Latin America.

“The consumer demand for a new submarine cable system between Central America and the US is enormous. Traffic is nearly doubling every two years,” says John R. Runningen, a founder and principal of Commenda, in a press release.

“As a result, ONI has already received significant subscriber interest from large IT and telecom customers who are anxious to expand their presence in these new and under-served consumer markets.”

Once launched, the Caribbean Express will be the only system that can offer dedicated dark fiber pair IRUs in the Caribbean market, claims Ocean Networks.

The telecom vendor owns more than 8,000 km of submarine cable systems around the world, mostly in the Western Hemisphere.( www.nearshoreamericas.com) 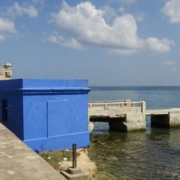 Havana lives under the siege of the new coronavirus

Political isolation of Cuba for 60 years protected its native flora and fau...
Scroll to top