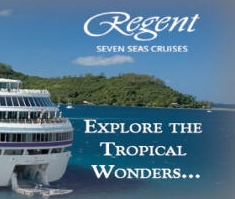 “I’m literally waiting for the phone to ring to give the final, final approval,” Del Rio said in a press briefing on Sunday morning.

The briefing was held on Regent Seven Seas Cruises’ newest ship as it was docked in Sardinia. Regent, Oceania Cruises and Norwegian Cruise Line make up the three brands in the NCLH portfolio.

Del Rio said he has tentative approval to begin cruises to Cuba with the 684-passenger Oceania Regatta before the end of 2016. That would be followed by cruises aboard another Oceania ship, the 1,260-passenger Marina, in 2017.

Del Rio also hinted that Norwegian Cruise Line, which sails much larger ships, would also get approval to sail from Miami to Havana and elsewhere. He told a group of travel agents on Seven Seas Explorer that the Norwegian Sky would be used in Cuba service.

He said another possibility is a stop in Havana on transits through the Panama Canal.

“We want to use Havana as much as possible on anything in the broad Caribbean basin because we think it is a star attraction,” Del Rio said.

Norwegian had previously said it had applications pending with the Cuban government to start service. The first cruise line to get approval to dock in Cuba on a cruise from the United States was Carnival Corp., which dispatched a ship from its new Fathom brand to go there in May.

Since Carnival Corp. gained approval to operate Fathom voyages, no other cruise lines have been granted Cuban government permission to sail to Cuba.
http://www.travelweekly.com/Cruise-Travel/Norwegian-on-verge-of-receiving-approval-for-Cuba-cruises