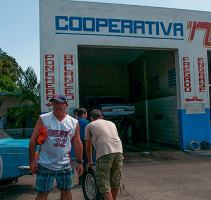 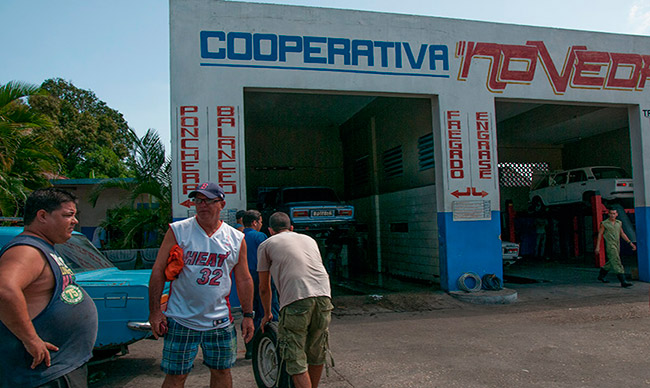 HAVANA, Jan. 20th (HT) At the most recent session of the National Assembly of People’s Power, Marino Murillo Jorge, Head of the Permanent Commission for the Implementation and Development of the Communist Party Policy Guidelines, told lawmakers:

“The most important thing for non-agricultural cooperatives is that one principal of the cooperative movement is changed, namely that they must act locally to promote local development, paying taxes towards national development but from a local level, and they will only be able to operate within their province, they won’t be able to operate outside of the province where they have their legal residence.

“Minimum and maximum incomes between those who earn the least and those who earn the most within the cooperative will be regulated. Pay attention, we aren’t regulating incomes, because cooperatives pay in advance and then distribute profits. If a cooperative has a large revenue and can distribute a level of high income, it won’t be limited, but what we are saying is that there can only be a three-fold difference between the person who earns the least and the most in that cooperative.”

Even though I’ve never heard of the cooperative principle of “territoriality”, and therefore I don’t understand or can’t place the change that he is referring to, it is clear that this is to place geographical limits on a cooperative’s activity. This limitation puts cooperatives at a disadvantage in relation to other forms financial management in the country and puts those who establish these in a dead-end street.

Note that after Hurricane Irma’s recent visit to the island, the Cuban State needed to turn to cooperativesfrom different provinces to those affected in order to get hotel infrastructure ready for the holiday season.

Following this example, what lies ahead of us is waiting to see who needs who first and the effect of not being able to contract a cooperative when there isn’t a company capable of offering an efficient service. Someone will have to foot the bill and it will most likely be the State Budget, which is the Cuban people’s money at the end of the day.

I also remember an experience at the SCENIUS Cooperative where we needed to make people from other provinces members so we could offer services in these provinces. With this measure, not only were the client’s needs met, but jobs were also created in these territories, which was the most important thing. It was up to the Ministry of Finances and Prices to regulate the tax process in these instances, but this was never put into practice.

With relation to regulating minimum and maximum incomes between members at the same cooperative, and to give a numeric example of the issue at hand, without going into whether this has to do with pay advances or total profits, if the worker who receives the least earnings in the cooperative gets 100 pesos, the person who receives the most could never earn anything above 300 pesos. It’s basic math: 100 x 3 = 300.

This is where I see the principles of the cooperative movement suffering big changes, for example, the principle of collective decision-making and equal rights among members, who won’t be able to govern the cooperative’s economic activities entirely in the future via their own General Assembly. The principles of autonomy and financial sustainability will also change, because profits won’t be distributed according to every individual member’s contribution with their work, but rather in view of a pre-established administrative rule, which we call (for educational reasons only) “The rule of three”.

Here are some examples of the three variables that will be affected by this “rule of three”.

QUANTITY: In a building cooperative, a member paints 10m2 of wall, for which he will charge 20 pesos as an advanced payment. Another more skilled member paints 50m2 for which he should charge 100 pesos, but because of the “rule of three”, he can only be paid 60 pesos, and so the first member ges paid 2 pesos per m2 while the second one is only receiving 0.83 pesos for the same area.

COMPLEXITY: In a building cooperative, a member paints 10m2 of wall, which he will charge 20 pesos as an advanced payment. Another member from the same cooperative, which in this case is an electrician, designs, builds, puts in and sets up a box of power connectors, a highly complex job, but because of the “rule of three” he can only be paid 60 pesos. It could be deduced then that, because of an administrative will, being a qualified electrician is just three times more difficult than painting a wall with a paintbrush.

RESPONSIBILITY: In a building cooperative, a member paints 10m2 of wall, for which he will charge 20 pesos as an advanced payment. In that same cooperative, the main accountant, who can only be paid 40 pesos more than the painter, makes a mistake in his calculations and doesn’t pay a part of the taxes the cooperative is meant to and as a result, the cooperative is given a 10,000 peso fine. According to the “rule of three”, an accountant’s level of responsibility is just three times more than the person painting a wall with his brush.

The intention of this policy might be praiseworthy, it’s driven by fair interests, but the solution only aggravates the situation further rather than solving the problem at hand. The cooperative loses its autonomy and its method of distributing earnings will be just as unjust as the one that is being criticized today.

TRAINING is what cooperative members lacked and continue to lack. When every cooperative member understands their role, understands and exercises their rights, it’ll be impossible for an individual to impose their own interests. Likewise, when a cooperative’s members decide on a particular issue as a majority, it should be respected, no matter if other people like it or not.