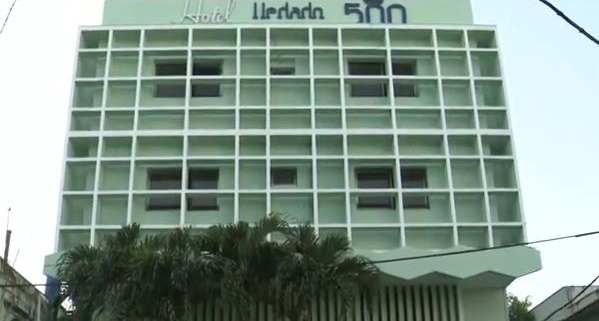 The property, located on 17th Street between L and M in the Plaza de la Revolución municipality, in Havana, has been integrated into the Vedado-Saint John’s plus complex, of the Gran Caribe Group.

The new tourist facility has 21 rooms and is under the administration of the Italian group Elite Club Vacanze.

According to Marco Ciscato, director of the complex, it is a hotel for young people and people who want to have fun and enjoy the Cuban capital.

The hotel has Wi-Fi and uses some services of the Vedado-Saint John’s complex, including the pool and the Pico Blanco cabaret.

At a recent meeting to evaluate the tourism sector in Cuba, Minister Manuel Marrero Cruz said the country plans to have 4,197 new rooms in hotels by the end of 2019.

Marrero Cruz clarified that 97% of these will be included in 26 new hotels and the rest corresponds to “extensions”.

In that meeting, it was also announced that private businesses that provide tourism services in Cuba already manage 26,224 rooms.

Havana is planning to open thirteen hotel facilities this year, in addition to the Vedado 500, there are the Paseo del Prado hotel, the Palacio de Cueto, the Portals de Paseo, and the Vedado Azul.

In addition, other extra-hotel units such as the Club 500 are scheduled for an operation, and recreation and leisure centers such as 1830, Don Cangrejo and La Ferminia will be remodeled.

It is also planned to build an International Diving Center and 13 real estate development projects associated with golf courses.

The Gran Caribe group, to which Vedado 500 belongs, celebrates 25 years of founding this year and operates some key facilities in Havana, such as the Hotel Nacional de Cuba and the Tryp Habana Libre.

Beyond the luxury hotels that have been opening in Cuba, many foreigners who travel to the island prefer to stay in private income, because the service in the hotels is poor and the facilities often do not correspond to the offer.