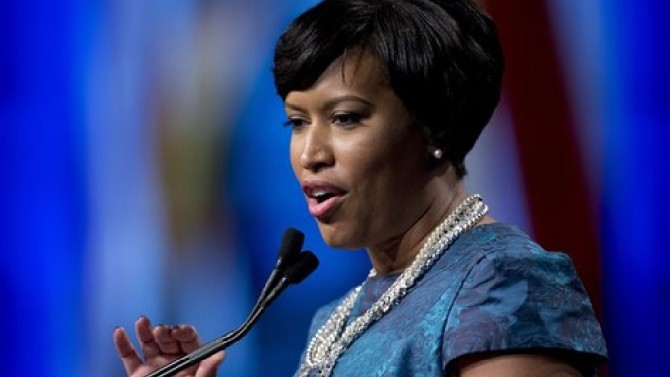 HAVANA,Feb. 22th  D.C. Mayor Muriel Bowser met Monday with Havana Mayor Marta Hernández Romero during an exploratory mission of a delegation of civic and business leaders from Washington, Maryland, and Virginia to Cuba.

The mayors of the national capitals of the United States and Cuba discussed a range of possible areas of cooperation, including trade, education, and the formation of public-private partnerships, according to a statement from Bowser’s office.

“It was an honor to meet with Mayor Hernández Romero as we build a relationship between our two capital cities,” Bowser said. “Cuba is eager to strengthen and grow and we are excited to be a part of that growth.

“As one of the first U.S. city delegations in decades to visit Havana, we have put ourselves in a position to form a positive working relationship that we hope will benefit our region in years to come.”

The exploratory mission, from February 20-25th, is led by the Greater Washington Hispanic Chamber of Commerce and includes the Metropolitan Washington Board of Trade, the Metropolitan Washington Council of Governments, as well as Bowser, Montgomery County Executive Ike Leggett, and Virginia Secretary of Commerce and Trade Maurice Jones.
http://wjla.com/news/local/mayors-of-national-capitals-of-us-cuba-hold-historic-meeting-in-havana