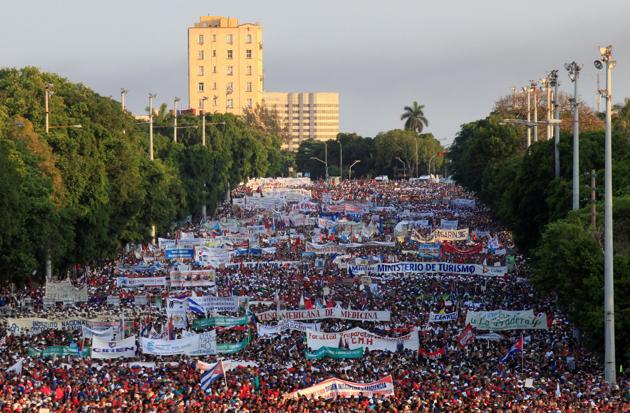 HAVANA, may 1th (EFE) Cuba on Sunday celebrated a festive May Day with its traditional huge parades and emphasis on “unwavering” adherence to its revolutionary ideals despite its new relationship with the United States.

In the only address before the parade, Guilarte said that Cuba will maintain its “unwavering adherence to its revolutionary and anti-imperialist ideals … (and its) foreign policy committed to just causes,” despite the new political environment that has opened up after the rapprochement with Washington. 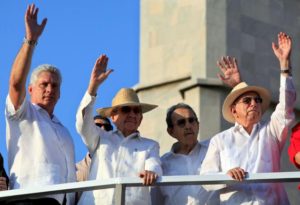 The union leader emphasized the support of the CTC, with its 3.4 million members, to the “strategic” accords struck at the latest PCC congress to replace the older generation with younger personnel in key positions nationwide and to review the economic reforms for “updating” the island’s socialist model.

This year, the traditional May Day parade was dedicated to Cuban teachers, who led the march with a huge poster saying “The Cuban people will triumph,” with an eye toward the 55th anniversary of start of the Literacy Campaign on the island.

Also, this May Day it was officially commemorated that Cuban revolutionary leader and long-time president Fidel Castro – although he relinquished power to his brother Raul in 2006 – will turn 90 in August.