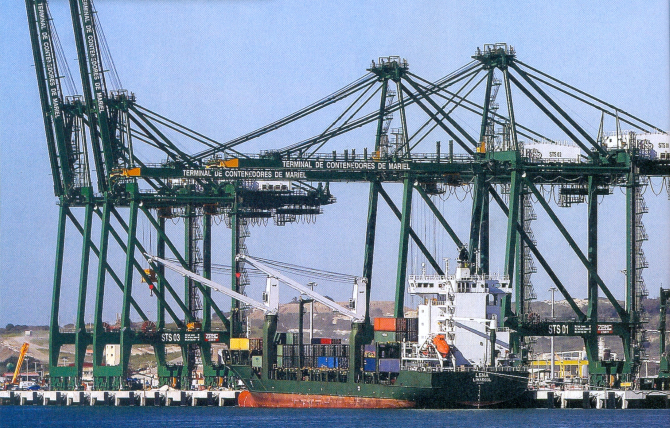 With 2015 bilateral trade surpassing $2 billion, China is Cuba’s second largest trading partner behind Venezuela. It is now playing a key role in helping the Caribbean island country to make Mariel live up to its promise.

As business picks up at Mariel, the company will increase the number of state-of-the-art cranes to 24 STS and 72 RTGs, increasing the unloading capacity from 800,000 containers to 3 million.

As global trade grows, Cuba is betting on its strategically located port to become a hub for companies doing business with the Caribbean, Central America and other parts of Latin America.

The deep-water port is part of Mariel, which also features a duty-free zone and an industrial park with modern facilities and business-friendly tax breaks.

The Cuban government has pledged to guarantee an average investment of $300 million a year in Mariel, Oscar Perez-Oliva, Mariel’s business assessment director, told Xinhua in a recent interview.

The 702-meter-long and 14.3-meter-deep port can accommodate today’s super-sized cargo ships, which transit from Asia through the Panama Canal, and expects to become a major container loading and unloading center for other destinations in the region.

The cranes, as well as the technological support provided by Chinese telecommunications giant Huawei, make the Mariel Container Terminal one of the world’s most modern and efficient container terminals.

Each container is identified with a number, and is weighed and scanned with a state-of-the-art system to determine its contents, as part of a so-called “non-intrusive inspection” procedure done at most leading terminals around the globe.

“There are interested companies that we are working with on different projects and we hope this year we will see a Chinese company present in our zone as a user,” said Perez-Oliva.

“Various delegations from our special economic zone and other institutions have made promotional visits to China to meet representatives of different companies and jointly assess the possibility of establishing Chinese investment in the area as soon as possible.”

Mariel officials are working with the Chinese investors in “maturing” projects in the areas of biotechnology, pharmaceuticals and industrial production, according to the director.
http://www.chinadaily.com.cn/business/2017-03/06/content_28442796.htm

FEDEX has filed for a six-month extension to inaugurate U.S.- Cuba cargo air...
Scroll to top