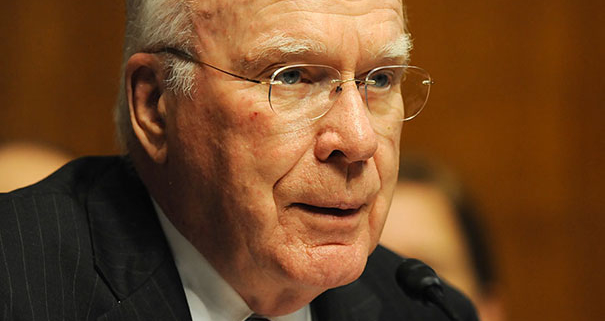 joined by 45 Senate cosponsors, on Monday, July 29th will introduce the Freedom for Americans to Travel to Cuba Act of 2019. The bill would eliminate restrictions on travel to Cuba by American citizens and legal residents. Identical legislation is being introduced today in the House by Representatives Jim McGovern (D-Mass.) and Tom Emmer (R-Minn.).

Specifically, the bipartisan legislation ends restrictions under laws enacted in 1996 and 2000 that prevent American citizens and legal residents from traveling to Cuba – restrictions that do not exist for travel by Americans to any other country in the world except North Korea. The bill would also end prohibitions on travel-related transactions, including banking transactions.

Leahy said: “The Trump Administration’s policy toward Cuba is completely at odds with its policies toward other countries. It is more in line with what one might expect of a totalitarian dictatorship. Freedom to travel is a right. It is fundamental. It is part of who we are as Americans.

We travel. We explore. We meet people. We share our values. We build relationships with people we agree with and disagree with. Americans overwhelmingly support expanding travel to Cuba. The federal government should not be telling Americans where they can or cannot travel, especially to a tiny country just 90 miles from Florida.

Leahy continued: “Because of the Trump Administration’s restrictions on travel, the number of Americans visiting Cuba this year is projected to plummet by half. Hundreds of thousands of Americans who want to travel to Cuba are being denied that right by their own government.

It is they, and Cuba’s struggling private entrepreneurs who depend on American customers, who are penalized. The restrictions that this bill would end are a failed vestige of the Cold War. They are neither justified nor in our national security or economic interests. If we don’t engage with Cuba, China and Russia will – in fact, they already are. While this bill doesn’t lift the embargo, it at least would restore to Americans the freedom to travel they are entitled to in a democracy.”

Earlier this year, Mintur (Cuba’s tourism ministry) announced that it expected the island to reach 5 million visitors in 2019, making the year the 12th consecutive year of tourism growth. U.S. visitation to Cuba increased from 618,000 in 2017 to 630,000 last year, according to the ministry—in spite of governmental restrictions.

But the length of stays dropped by half, affecting the independent casas particulares that are run by private citizens in addition to military-backed companies like Grupo de Turismo Gaviota, which have a hand in larger hotels.

Global hospitality companies have taken note of the increases and have stepped up investment. Mintur recently estimated that the hotel pipeline in Havana alone has a dozen properties in development, and the city’s room count will soon surpass 12,500.

Leahy’s bill would not do away with the economic embargo on conducting trade with Cuba—which means that U.S.-based hotel companies will continue to face challenges in taking advantage of the growing demand for hotels. 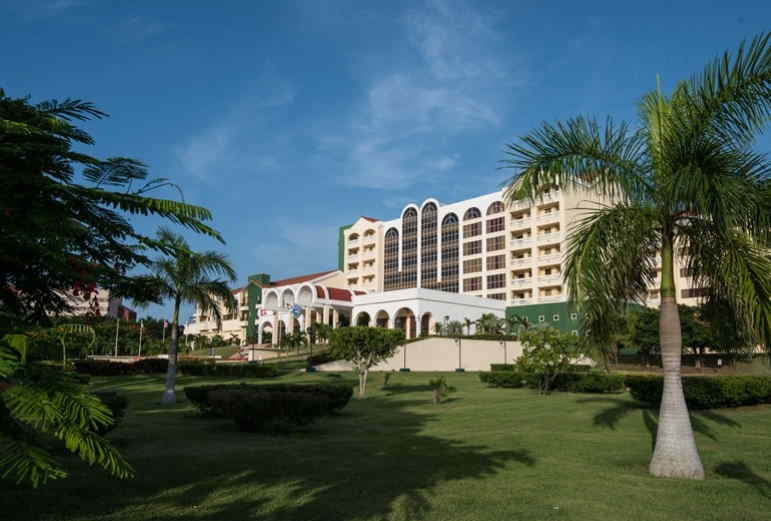 In 2016, the former Hotel Quinta Avenida in Havana’s Miramar district became the Four Points by Sheraton Havana, the first American-flagged hotel to open in the country since 1959. Photo credit: Marriott International

This does not mean, however, that investment in Cuba’s hotel sector is impossible: In 2016, the former Hotel Quinta Avenida in Havana’s Miramar district became the Four Points by Sheraton Havana, the first American-flagged hotel to open in the country since 1959. Other Marriott-flagged properties had been announced at the time, but no others have been announced since then.

The lack of American investment gives an advantage to global companies looking to gain ground in Cuba’s most popular tourism districts—and the country’s government is eager to make deals. Cuban President Miguel Diaz-Canel has repeatedly said that foreign direct investment is a priority for the country’s development.

Rodrigo Malmierca, Cuba’s minister of foreign trade and investment, claimed that Cuba has approved business deals with foreign investment commitments of more than $4.5 billion dollars in the past two years alone.

“Real progress is being made in boosting collaboration with China in the tourism sector and we hope to announce new investments in the near future,” Jose Daniel Alonso, director of business development at Mintur, told Chinese state-operated news service Xinhua.

A Cuban-Chinese joint venture is developing a large hotel-apartment complex and an 18-hole golf course in the Havana suburb of Bellomonte, due to begin construction next year. Alonso expects the investment to be more than $500 million. Another Chinese company has reportedly been “very interested” in a new real estate project and golf course in Loma Linda, in the eastern province of Holguin.

Last month, Melia Hotels International President Gabriel Escarrer Julia reaffirmed the Spanish company’s commitment to Cuban development. Melia has more than 30 properties in Cuba already but does not own its assets in the country outright.

As such, the company is not subject to any lawsuits that could be filed from the U.S. under Title III of the 1996 Helms-Burton Act that prevents lawsuits from Americans over properties confiscated during the Cuban revolution.

Spain’s Iberostar, meanwhile, has several projects in development around the country, including the Bahía del Almirante and the Iberostar Selection Almirante, due to open next year.

In May, Swiss hotel company Kempinski Hotels and Grupo de Turismo Gaviota signed a management contract for the Cayo Guillermo Resort Kempinski, approximately 500 kilometers east of Havana and slated to open by the end of the year.

“Cuba represents a unique opportunity to build an economic relationship that supports a range of U.S. industry, agriculture and security interests,” Emmer said in a statement supporting the Freedom to Travel to Cuba Act. “The U.S.’ decision to further restrict travel to Cuba undercuts efforts to help promote democracy and improve the lives of the Cuban people.

In fact, American travel can do wonders for the spread of democracy, especially in Cuba. This legislation is an important step in facilitating a relationship between two nations that have much to benefit from one another.”