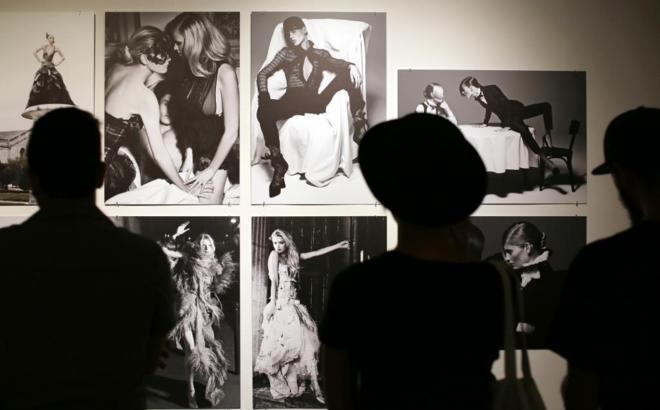 HAVANA,April 30th   More than 300 photographs taken by Karl Lagerfeld, Chanel’s creative director, are showcased in Havana to show one of the many artistic facets of the German designer and as a prelude to the unprecedented French fashion house on the island on May 3.

The artistic space Factoria Habana, located in the historic center of the Cuban capital, Thursday inaugurated the exhibition “Work in process-Work in progress”, an exhibition that discovers Lagerfeld as photographer and his particular interest around three major themes: fashion, architecture and landscape.

“It is a great present to the Cuban people and to an important critical mass of artists and designers to see how a top international artist works”, Factoria Habana director Concha Fontenla told Efe.

With Eric Pfrunder and Gerhard Steidl as curators, the exhibition presents “the most intimate side of Lagerfeld” from how he works and talks with his work, said Fontenla.

Karl Lagerfeld’s passion for photography began in 1987 and “he has since created and photographed his own advertising campaigns for all brands that he is a designer,” according to organizers of the exhibition.

Included as one of the highlights of the month of French Culture in Cuba, the exhibition will be open to the public at the Factoria Habana until May 12.

The exhibition serves as a prelude to the historic fashion show that Chanel will hold on the island on May 3 to present their Cruise collection in the emblematic Paseo del Prado in Havana where it will also be the first fashion house in Latin America.