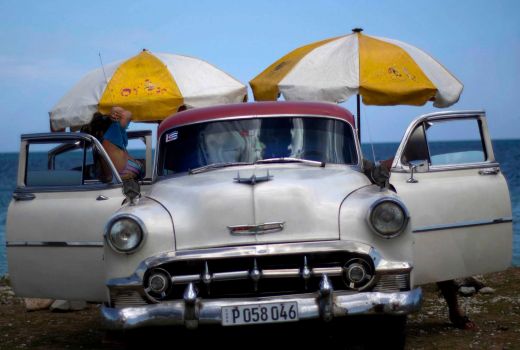 HAVANA, 26 August (Photo Ramon Espinosa/AP) In the long, sticky Cuban summer, keeping cool is serious business. Each day, and especially on weekends, thousands of Havana residents rise early to make the trek from rural hamlets and stuffy urban neighborhoods for the more forgiving temperatures at the island’s powdery beaches.

Temperatures in the capital can reach as high as 31 degrees Celsius (87 degrees Fahrenheit) in July, August and even September. When it’s running, many people take a special summer train from Havana to Guanabo, east of the capital.
Some families squeeze into 1950s classic American sedans. Neighbors pool their money and hire a bus to travel en masse. Others clamber onto covered horse-drawn carriages that take them a few kilometers (miles) down a dirt track to the coast for just 2 pesos a head, or about $0.08. Once there, some recreate their dining rooms in the sand underneath makeshift tarpaulin shelters, with wooden chairs and tables topped by pots of rice and beans. 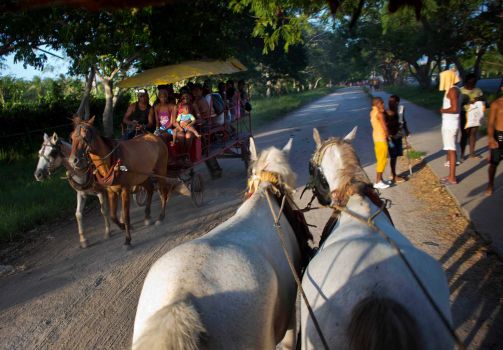 There are cakes to celebrate birthdays, and barrels of ice to keep drinks cold. A shirtless man with an arm tattoo of revolutionary Ernesto “Che” Guevara holds a young girl’s hand as they wade into the gentle waves. Kids splash around on an inner tube. At a nearby river mouth, daredevil teenage boys try to impress girls by leaping from a rusty, 30-foot-tall (10-meter) train bridge.
Musicians in mariachi costumes roam the white sands serenading young lovers and sweet-15 “quinceaneras.” As dusk nears, couples sit in the shallows sipping rum and enjoying a romantic sunset snog. Soon enough it’s time to go home. One man carries his daughter on his shoulders. It’s a long way back, and she’s tuckered out after a long day in the sun. 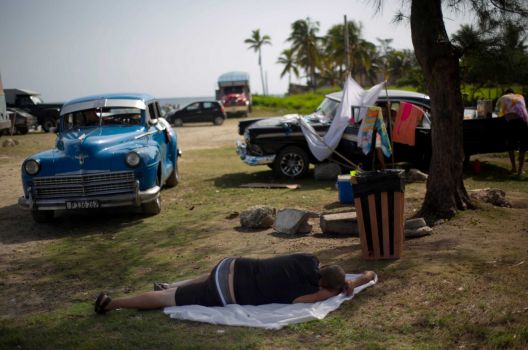 Cuba’s Meteorological Institute said recently the island had recorded its third-hottest July since 1951, with an average of 28 degrees Celsius (about 82 degrees Fahrenheit) for the whole month amid unusually warm mornings, weak sea breezes and relatively scarce rains that provide at least temporary relief from the suffocating weather.
http://www.chron.com/news/world/article/AP-PHOTOS-Cubans-trek-to-beach-to-cool-off-5712141.php#photo-6773606 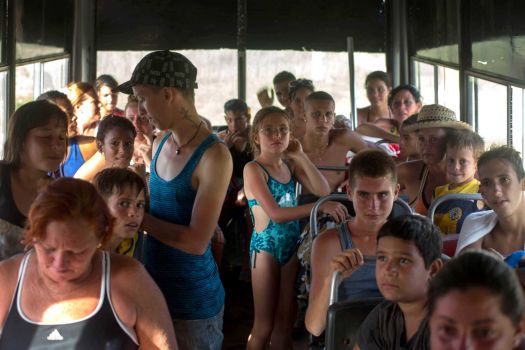 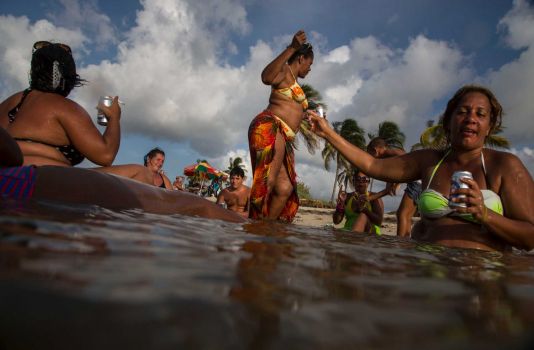 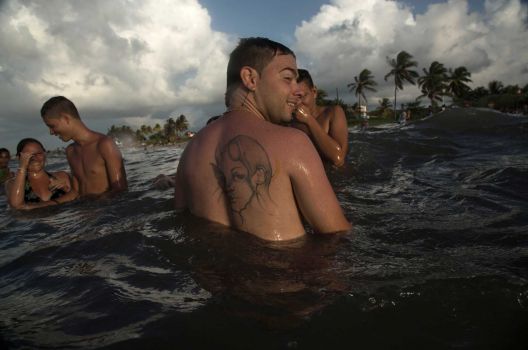 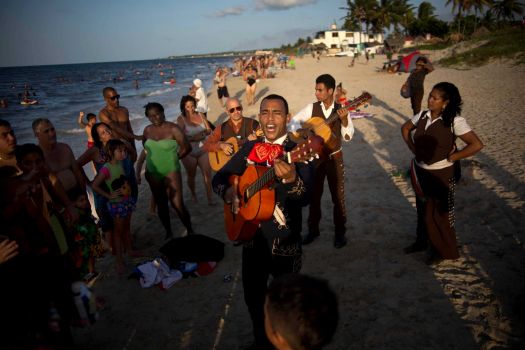