The new round-trip, non-stop flight will operate every Tuesday starting Dec. 1 in partnership with Cuba Travel Services, a travel provider licensed by the U.S. government to arrange flights to Cuba.

The two companies currently operate one of two other JFK-to-Havana charter flights. Several other charter flights take passengers to Cuba from Florida.

Under new rules initiated by U.S. President Barack Obama in January a month after he announced detente with the former Cold War adversary, U.S. airlines are permitted to fly to Cuba without the need for special permission from the Treasury Department.

Representatives of both countries are scheduled to hold aviation talks on Monday and Tuesday in Havana.

Normal airline service was interrupted by the U.S. trade embargo imposed on Cuba in 1962.

U.S. tourism to Cuba is still banned but certain U.S. citizens and Cuban-Americans are allowed to go on specially sanctioned travel, which has been further relaxed by Obama, creating a larger market for U.S. travel to the Communist-governed island.

The Cuba travel market is expected to grow further should the United States lift either the tourism ban or the embargo. Legislation proposing both is pending in the U.S. Congres 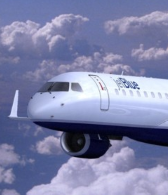 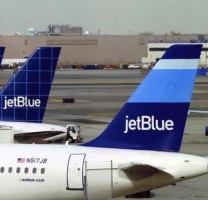 Skies are open for first scheduled flights between U.S. and Cuba