HAVANA, Mar 14 (PL) The investigation to determine the causes of the plane crash of May 18, 2018 in Havana is entering its final phase, Armando Daniel Lopez, President of the Cuban Institute of Civil Aeronautics, said Thursday.
All the rigorous tests we had proposed to carry out have finished. In each case, the protocols sought points of agreement, the head of the government commission created to investigate the reasons for the incident told national television.

According to the report, the total analysis of the two black boxes (one of data and the other of voices) allowed experts from Cuba, the United States and Mexico to accurately determine elements such as speed, height, turns, engine power and possible technical failures of the Boeing 737-200.

To this type of aircraft, the International Civil Aviation Organization assigns a year for the investigation and at the moment we are in approximately the tenth month and ratify this will be fulfilled as established, the executive added.

The government commission pointed out that there is no relationship between the aircraft that crashed in Havana in May 2018 – in which more than a hundred people died – and the recent air catastrophes of the Boeing 737 max 8 aircraft.

According to the source, the final results of the investigation will be made public soon.

The aircraft of the Mexican company Damojh, leased by Cubana de Aviacion, would cover the Havana – Holguin route, however, minutes after taking off it fell to the ground in the surroundings of the Jose Marti international airport. 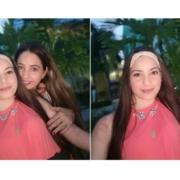 Blondie will perform spectacular show in Havana
Scroll to top