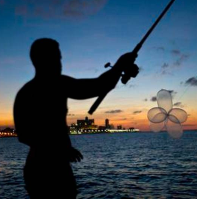 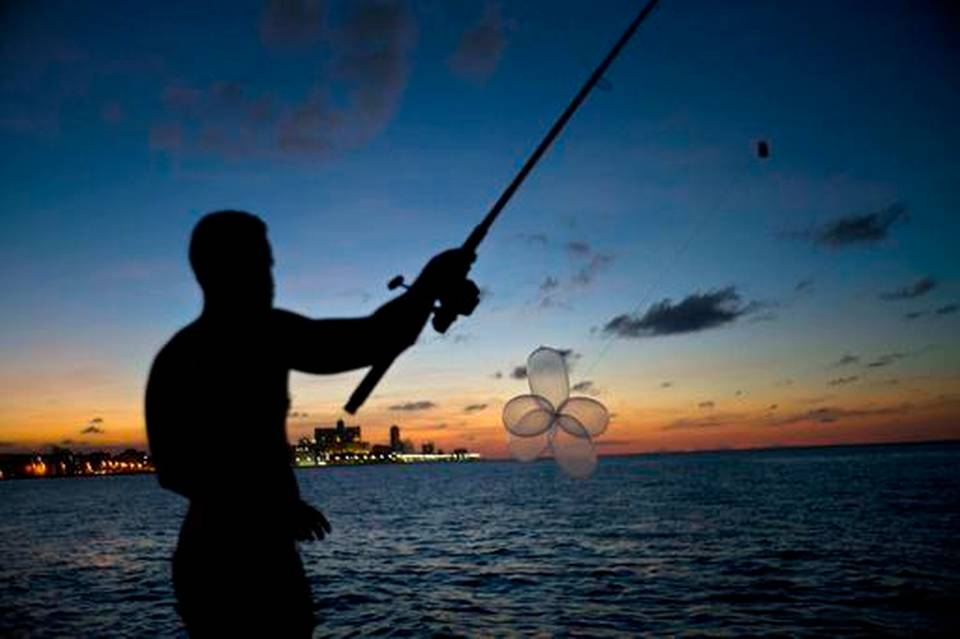 In this Nov. 13, 2016 photo, mechanic Junior Torres Lopez casts his fishing rod prepared with condoms, known as “balloon fishing,” along the Malecon seawall in Havana, Cuba. When the contraceptives are the size of balloons, fishermen tie them together by their ends, attach them to the end of a baited fishing line and set them floating on the tide until they reach the end of the line, as far out as 900-feet. Ramon Espinosa AP Photo

HAVANA, Nov. 16th (AP) Juan Luis Rosello sat for three hours on the Malecon as the wind blew in from the Florida Straits, pushing the waves hard against the seawall of Havana’s coastal boulevard.

As darkness settled and the windswitched direction, Rosello pulled four condoms from a satchel and began to blow them up. When the contraceptives were the size of balloons, the 47-year-old cafeteria worker tied them together by their ends, attached them to the end of a baited fishing line and set them floating on the tide until they reached the end of his 750-foot line.

After six decades under U.S. embargo and Soviet-inspired central planning, Cubans have become masters at finding ingenious solutions with extremely limited resources. Few are as creative as what Havana’s fishermen call “balloon fishing,” a technique employing a couple of cents worth of condoms to pull fish worth an average month’s salary from the ocean.

On any given night in Havana, dozens of men can be found “balloon fishing” along the Havana seawall, using their homemade floats to carry their lines as far as 900 feet into the coastal waters, where they also serve to keep the bait high in the water and to increase the line’s resistance against the pull of a bonito or red snapper.

“No one can cast the line that far by hand,” said Ivan Muno, 56, who was fishing alongside Rosello.

For four more hours, he sat silently as the dark sea pounded the rocks below the seawall, algae flashing green in the waves beneath an enormous creamy moon, the sounds of the city muffled by the wind and water. By midnight, he was heading home without a catch, but planning to return soon.

“This is the most effective way to fish,” Rosello said. “Someone got this great idea and I can be here all night with the balloons out.” 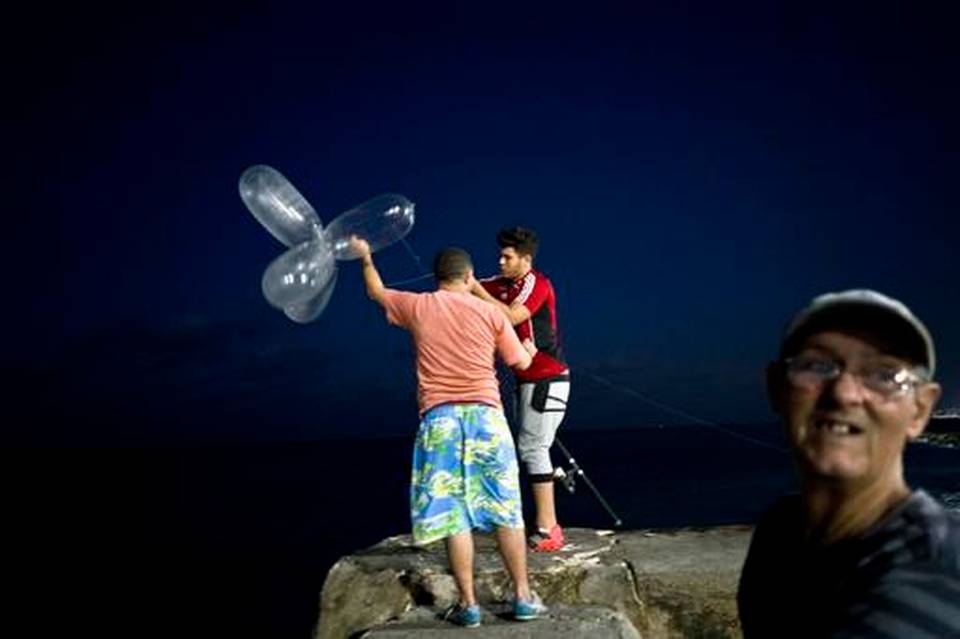 Cuba has been renowned for its fishing at least since the days of Ernest Hemingway, and foreigners by the thousands come each year to fish in waters largely protected by Cuba’s lack of development.

Much of Cuba’s coastline remains free of the large-scale building that has damaged ecosystems in the rest of the Caribbean. The island’s industrial fishing fleet was devastated by the fall of the Soviet Union.

For Cubans, taking advantage of one of their greatest resources remains a challenge. For all but the wealthiest, even the smallest private boats and the fuel for them are too expensive. Many Cubans have taken to riding out on inner tubes or blocks of industrial foam to catch larger fish, but the unsafe technique known as “cork fishing” has become the target of frequent coast guard crackdowns with steep fines.

“There’s no point in getting a 3,000-peso ($120) fine and your gear confiscated,” said Leandro Casas, a self-employed construction worker fishing along the Malecon.

It’s not clear exactly when the practice was adopted, but according to local fishermen’s lore, the inventor of the balloon technique in Cuba saw a video of South Africans fishing using kites and got the idea for using inflated condoms.

It’s illegal to sell fish without a license in Cuba, and the balloon fisherman all said they are simply trying to feed their families. Privately, though, many acknowledged that it would be crazy to do anything but sell a 30-pound fish that is worth a dollar a pound in a country with an average monthly state salary of about $25. While most Cubans can’t afford to buy fish, Cuba’s private restaurants, its growing upper middle class and the thousands of foreigners who live in the capital all are avid buyers. 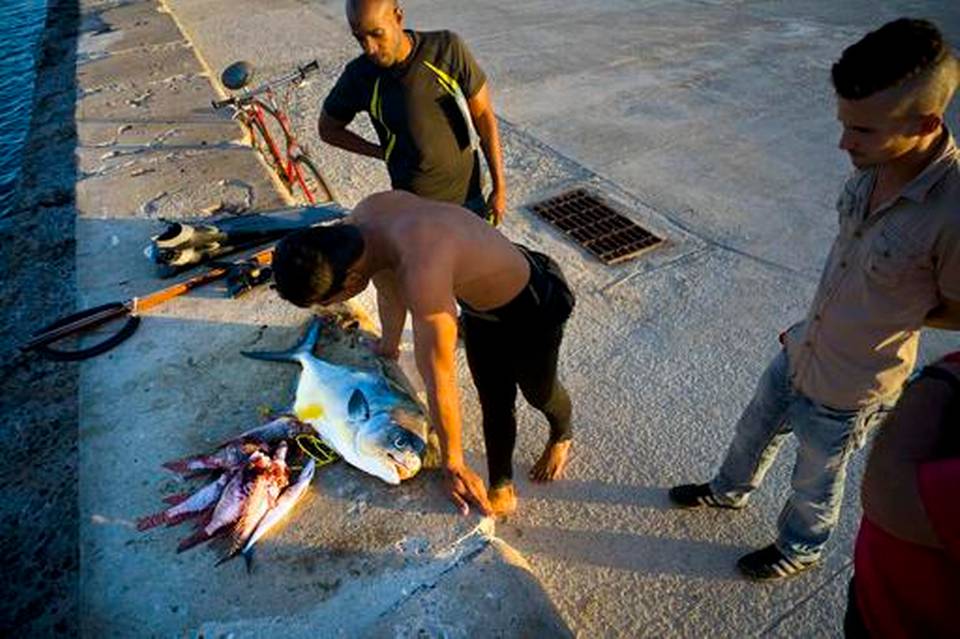 Alex Romero, the 42-year-president of the state-backed Old Havana Federation of Fishermen, said balloon fisherman are as skilled as any angler and are getting more practiced as their technique gains in popularity.

“It’s efficient and everyone uses it,” he said. “It’s the ingenuity that Cubans always show in resolving problems without spending a lot of money.”

Shopping in Havana, the city’s best boutiques
Scroll to top