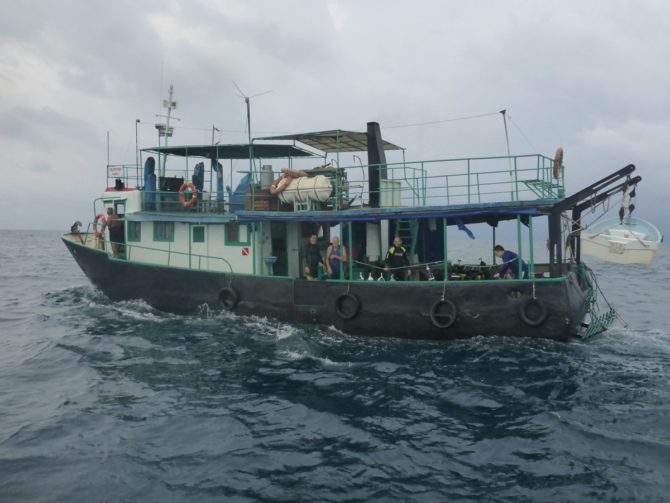 HAVANA, may 26th For years, it was an open secret among divers and researchers alike that the coral reefs of Cuba were spectacular. The few who found a way to dive off the coast of the island came back with tales of the seagrass beds of the Gulf of Batabanó, of shipwrecks and caves along the Isla de la Juventud, and of the lush reefs and mangrove forests of the Jardines de la Reina archipelago.

Decades of limited development and tourism took a toll on the Cuban economy, but they also helped the island’s major reef chains to escape much of the destruction that affected reefs elsewhere in the Caribbean. In many of Cuba’s gulfs, the corals quietly thrived.

Today, with the relationship between the United States and Cuba improving, more collaboration is possible on scientific topics than ever before. That means that researchers and conservationists are now scrambling to collect data on the coral reefs — before climate change destroys their preserved state.

“For decades, Cuba was a black hole. It’s the largest island in the Caribbean and there’s almost no data on things like fish distribution.”

Fernando Bretos, the director of the Cuba Marine Research and Conservation Program (CubaMar) of the Ocean Foundation, is one such conservationist. Bretos first visited Cuba in 1999. At that time, he had taken a position focusing on the Caribbean at the Ocean Conservancy. “I was selected because I spoke Spanish and knew Latin America,” he says. “The position involved considerable work in Cuba, and, at the time, there were very few U.S. organizations on the island.”

While with the Ocean Conservancy, Bretos traveled to Cuba regularly, building partnerships with researchers at the Centro de Investigaciones Marinas (Center for Marine Research) at the University of Havana. His efforts culminated in the Three Gulfs Project, an ambitious, collaborative attempt to study the coral reefs. 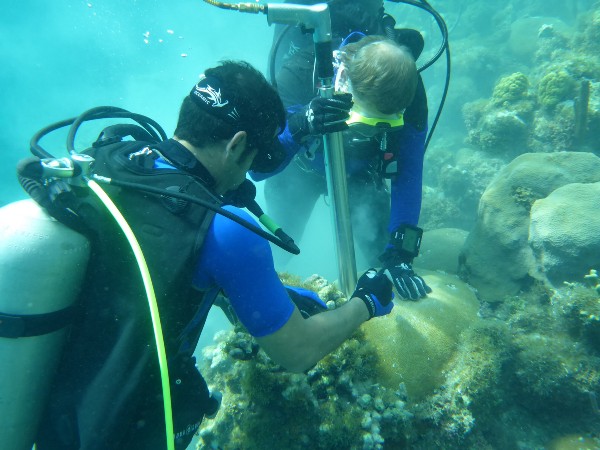 Throughout the 1990s, Cuba made environmental protection an area of increasing political focus, setting the CubaMar team up for support, if not success. (Photo: CubaMar)

The project has a few main research goals. The first is simply to determine the overall health of Cuba’s reefs by conducting Rapid Ecological Assessments.

The team hopes that the REAs will shed light on why Cuban coral reefs are healthier than many others. One of the Three Gulfs Project’s working hypotheses is that the preservation of Cuba’s coral reefs is partly due to the abrupt collapse of the Soviet Union in 1991. Prior to that time, the USSR had heavily subsidized sugar production in Cuba, but, after its collapse, agricultural policies on the island shifted radically. In particular, the use of synthetic fertilizer dropped. In other parts of the world, fertilizer runoff has been a major contributor to reef decline.

“We’re 50 years late in gathering this data,” says Daria Siciliano, the lead scientist for CubaMar. “For decades, Cuba was a black hole. It’s the largest island in the Caribbean, and there’s almost no data on things like fish distribution.”

The second focus is on the microbial health of the reef system. That’s the specialty of Amy Apprill, a microbiologist from the Woods Hole Oceanographic Institution. This is a recent field of study: It’s only over the last 10 years or so that researchers have developed the tools to analyze reef microbiomes, which might be able to indicate the overall health of a reef system, according to Apprill.

The last focus is a search for large, dense coral colonies from which to take core samples. Corals store a lot of information about what the ocean environment has been like throughout their lifetimes, and these samples are the key to unlocking that data.

“Corals are fantastic archives of climate records,” says Konrad Hughen, a marine chemist at Woods Hole. “They sit still, they don’t move around, they don’t go up and down in the water column.”

As a coral grows, it incorporates trace elements from the surrounding seawater into its structure, such as strontium and iron. The ratio of these elements can show what the ocean environment was like at that moment. But it can be challenging to find a suitable colony from which to extract a core. Many species, especially in the Caribbean, have structures that aren’t dense enough to get fine-grained data from. Beyond that, the coral has to survive disease and other dangers to build up a long data history.

That’s why it was so exciting when, on a cruise in February of 2015, the researchers came across a massive coral on a protected shelf. The extracted core is nearly five feet long and contains data going back nearly 230 years. It’s a tremendous archive of data in a region where these records are rare; Hughen says there have only been four other usable cores taken from the Caribbean so far. From the core, the researchers will be able to build a nearly month-by-month picture of the ocean environment since the late 1700s.

While the Three Gulfs Project has had three successful research cruises so far, that doesn’t mean that the partnership has been an easy one. Bureaucratic challenges have dogged the researchers on both sides of the Florida Straits.

From the American side, the embargo puts serious strain on logistics. On the Cuban side, resource limitations put a serious strain on conducting such expensive and complicated research. “Marine science is the hardest science to do,” Bretos says. “You need boats, permits, fuel, tanks — you’re working underwater.”

There are signs that those bureaucratic challenges might become easier in the future. On December 17, 2014, President Barack Obama announced dramatic policy changes, including the loosening of travel restrictions to and from Cuba and the re-opening of embassies. These steps toward the normalization of diplomatic relations could dramatically re-shape the political landscape of working in the country. In fact, last November, the two countries signed a memorandum of understanding to collaborate on marine research and conservation.

Still, the diplomatic thaw is a double-edged sword. The possibility of an unencumbered relationship between the U.S. and Cuba has many researchers worried about whether the state of the reefs can be sustained. Overfishing and development have already damaged many of the coral reefs close to urban areas.

“No one knows how Cuba will cope with an increase in tourism,” Bretos says. “Right now, they get three million a year. Florida gets 100 million. How does Cuba deal with four, five, 12 million tourists?”

Beyond the danger posed by increased tourism and development, climate change looms large. The National Oceanic and Atmospheric Administration announced last fall that a widespread bleaching event was taking place across the globe — and that Caribbean reefs were at particular risk of die-offs from temperature changes that increase susceptibility to disease. “The Cuban reefs are in very good shape, but the truth is that there haven’t been pristine coral reefs on the planet for a long time,” Hughen says. “Bleaching events — those are global.”

With that in mind, the Three Gulfs Project team isn’t wasting any time getting back to work. They will conduct another cruise in September. After that, they’ll shift focus to putting together policy recommendations in an attempt to help the Cuban and American sides understand how better to protect their reefs — before they’re gone forever.