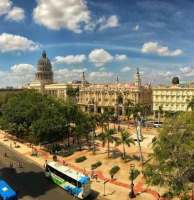 HAVANA, Feb. 4th If you’re among the travelers who are dreaming of a Cuba getaway but have not yet had a chance to make that a reality, you might also be feeling some Cuba confusion over just what your current travel options are. You wouldn’t be alone.

When President Trump announced on June 6 that he was immediately canceling the last administration’s “completely one-sided deal with Cuba,” it led many to believe that it was no longer legally possible to travel to Cuba.

Added to the mix, over-reported damage in the wake of Hurricane Irma, as well as a stern State Department travel warning in response to alleged sonic boom attacks against Americans in Havana, left many Americans reconsidering travel to what was once their top bucket-list item.

The shift in interest away from Cuba itineraries has sent the travel industry scrambling to reassure travelers that visit Cuba is still legal, safe and, in fact, easier to visit than it’s been for most of the past 50 years.

To re-emphasize that message, the travel industry came together for a historic summit at the Meliá Cohiba in Havana to clarify just what the new travel regulations mean, while also addressing the Cuba travel warning and showcasing Cuba’s recovery after Hurricane Irma.

“U.S. travelers can travel to Cuba in much the same way they did before, even under the new rules,” said Tom Popper, the event moderator and President of insightCuba, in the day’s opening remarks. The statement served as the central theme for the day. 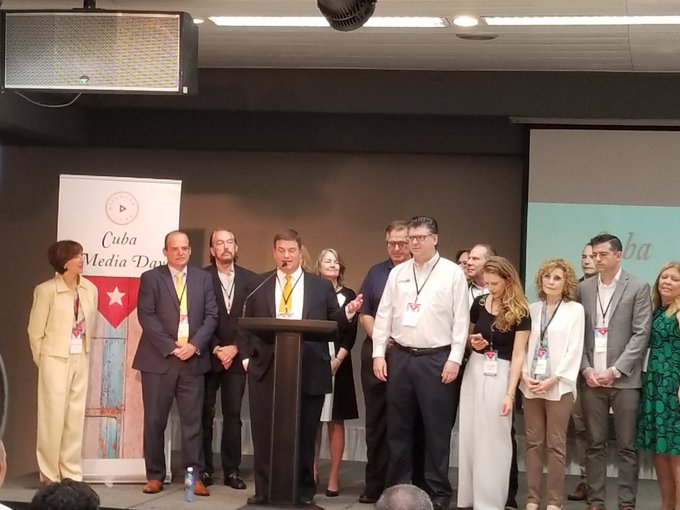 Tour operators and other experts repeatedly stressed that, even under the new rules, all 12 categories of travel remain and any American can still legally travel to Cuba under the popular people-to-people category, as long as they do so under the guidance of an authorized company.

“There are now more legal ways for U.S. travelers to visit Cuba than there were just a few years ago,” said Popper. “Tour operators continue to run trips as they have for years; commercial airlines are still flying; small, medium and large cruise ships are sailing; travel agents are booking trips for their clients, and travelers can legally stay in many hotels and private homes across the island.”

Several expert speakers addressed the audience at the event, including Jose Bisbe York, the President of Viajes Cuba, a tourism enterprise under the Ministry of Tourism, who discussed Cuba’s recovery after the hurricane.

Also speaking was Lindsey Frank an attorney from Rabinowitz, Boudin, Krinski, and Lieberman Law Firm, who is also an expert on U.S. regulations regarding travel to Cuba. Terry Dale, President and CEO of the United States Tour Operator Association, Martha Pantin, Senior Manager of Corporate Communication for American Airlines, Michael Goren from Group IST, and Francisco Camps from Melia Cuba rounded out the speaker’s panel.

Both Pantin and Camps spoke of a bright future in Cuba, while detailing their company’s expansion plans in the destination.

The audience was also shown a report by the Associated Press, issued on January 4, 2018, from the bureau’s Operational Technology Division that revealed an FBI probe has uncovered no evidence that sound waves could have damaged the Americans’ health, as the Trump administration has claimed.

Speakers also noted that Cuba recently received the Excellence Award for the ‘safest country’ in the world during the Madrid International Tourism Trade Fair (FITTUR.)

The Media Day Event was organized by Popper, who through his company insightCuba, has sent nearly 20,000 guests to Cuba since 2,000. InsightCuba operates hundreds of private group tours as well as nearly 250 regularly scheduled Signature Cuba tours departures annually.
travelpulse.com