HAVANA, May 30th The 2020 hurricane season has only just about kicked off and we’ve already had our first tropical storm in the Northern Atlantic. The rest of the season is expected to be very active, with greater activity than normal.*

During the 2019 season, 18 named-hurricanes were recorded, which was above the historic average of 12.1. Nevertheless, none of them touched Cuban soil, which is why the island wasn’t affected.

Activity above the average was also recorded in 2018, with 15 named-storms, 8 of which turned into hurricanes, including Michael which swept through the Yucatan region, greatly affecting the Pinar del Rio province, where there were intense storm surges as well as great flooding, which caused severe material damage.

Hurricane Irma presented a grave danger for Cuba, in particular, because it moved along the island’s northern coast, from Camaguey to Matanzas, with sustained winds of over 200 km/h, causing significant damage to the country’s Housing, Agriculture and Tourism sectors, as well as 10 fatalities.

When such active storm seasons take place – or even extreme ones like these-, the question arises whether this extraordinary phenomenon is becoming more regular or whether it is just a natural fluctuation. Many people ask whether it is the result of global warming, or in more general terms, anthropogenic climate change, which we are already seeing in different aspects of the climate.

This question doesn’t have a simple answer, as variations in tropical cyclone activity being attributed to climate change is no trivial matter, given the fact that the spatial and timescales of these two phenomena are very different.

In the face of global warming, there are many aspects of cyclonic activity that can be influenced as a result. These include intensity, frequency (i.e. the number of hurricanes per year), rains and coastal flooding.

Until now, most scientists agree that that the number of hurricanes will drop on the whole, but that they will be of greater intensity, which means to say, they won’t be as frequent, but they will register as Category 4 and 5 on the Saffir-Simpson scale.

This is due in part to the fact that energy stored in the ocean – which hurricanes use to develop – is limited, and will then be used by a few, higher-intensity hurricanes, instead of lots of low-intensity ones.

An increase in rainfall as a result of these storms is also expected to rise as the global temperature also increases, because evaporation rates (liquid water turning into gas) increase in a warmer atmosphere, meaning that there is more water vapor is available for rain to form.

An interesting fact that some researchers have reported is that despite this increase in intensity and rainfall, the average lifespan of a hurricane could fall by 4.6%.

On the other hand, coastal flooding that also happens when hurricanes sweep through the ocean, could also increase as global temperatures rise, not only because of more higher-intensity hurricanes, but because of rising sea levels – which has been reported in studies – which will lead to a higher surge than in the past.

This could lead to coastal flooding over much larger areas, resulting in greater human and socio-economic consequences.

Nevertheless, these are predictions of climate models in the future, that said, what has cyclone activity been like ever since greenhouse gas levels have increased, which lead to global warming?

Well, in the North Atlantic basin, where hurricanes form which affect the Caribbean, observations in recent decades suggest that there has been a significant trend in intensity ever since the 1970s up until the present day. This means that these effects have already been seen in many Caribbean islands, including Cuba.

We all know about the risks that hurricanes pose, including strong winds, intense rain and storm surges, which can intensify, due to human-induced climate change.

In the face of this landscape, it is extremely important that quantitative assessments are made about the potential damage hurricanes might cause, especially on small and especially vulnerable islands both in terms of exposure, as well as other factors linked to high population densities and unfavorable political/economic conditions. 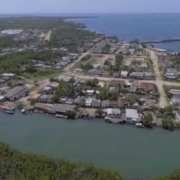 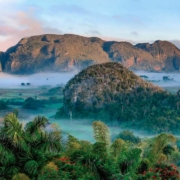