HAVANA, Sept. 26th (by Julio Antonio Fernández Estrada ) The 2020 pandemic doesn’t end. Since March we’ve been locked up in Cuba. An island is already a water and sun trap without a pandemic having to impose the practice of physical distancing as a barrier against contagion that seems as fast and uniform as if it were a row of falling dominoes.

The world was already in a hole before COVID-19. Now, suddenly, it is justified that we do not greet each other with hugs, that we not kiss in the street, that we do not see each other’s faces and smiles, hidden behind masks, those that some far-sighted Asian tourists used to wear.

Cuba is locked up. Havana is locked up inside Cuba. Without transportation, without visits, without walks, without fans in the baseball stadiums, the pandemic doesn’t stop on this island without spring, autumn or winter.

Cuba is blocked. Havana is blocked within Cuba. Food is longed for. Beer, coffee, chocolate sweets, everything that was always waiting to be bought before, now simply doesn’t exist. 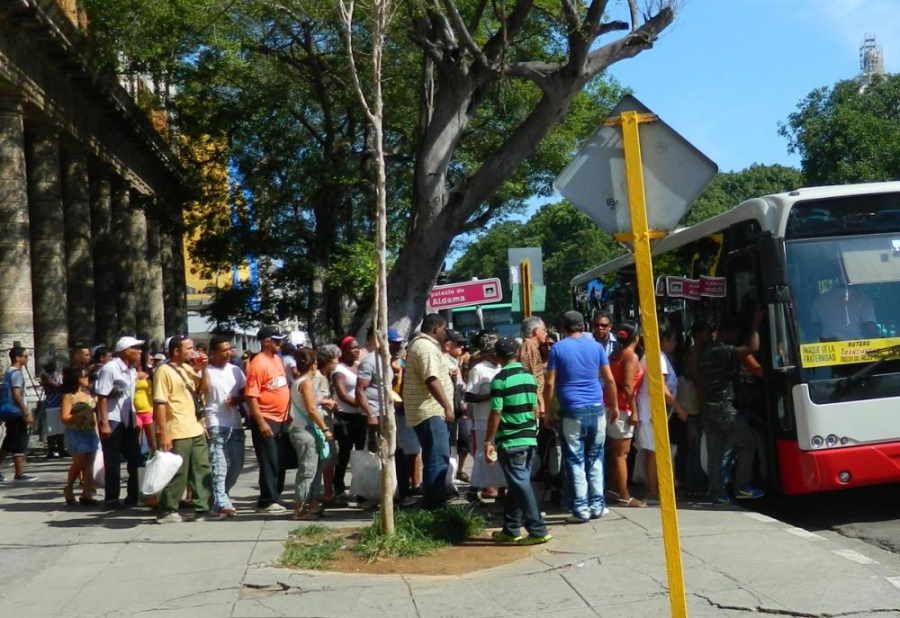 A year ago some of us thought that there could be nothing worse than those dirty, half-empty stores, where we could walk for hours without knowing what to choose because everything in them was useless. Now that reality has been overtaken by stores with hundreds of people in endless lines, which are very difficult to enter just to look.

The pandemic and the blockade have blocked everything in Cuba. They have prevented condensed milk from condensing, expensive ice creams from freezing, chocolates from tempting, cookies from crunching, soft drinks from cooling throats that have become dusty along the way.

There was no longer where to draw strength from before the pandemic, and we’ve found it beyond hope, with our sons and daughters at home, increasingly saddened and less and less agile to applaud each night at nine.

We’ve had to work through WhatsApp. We’ve survived because of the recharges from relatives, friends and colleagues from outside Cuba, who know that mobile data is the only thing that moves in this archipelago.

The confinement is already felt and perceived in the eyes of the people. The speed of people’s steps has slowed. There is no rush, wherever you go there will be a line. Before, rather always, transportation was bad in Havana, in Cuba. But now in this wonder city there are no buses, no taxis, there is no way to go see children and mothers if it’s not walking in almost 40 degrees Celsius weather. 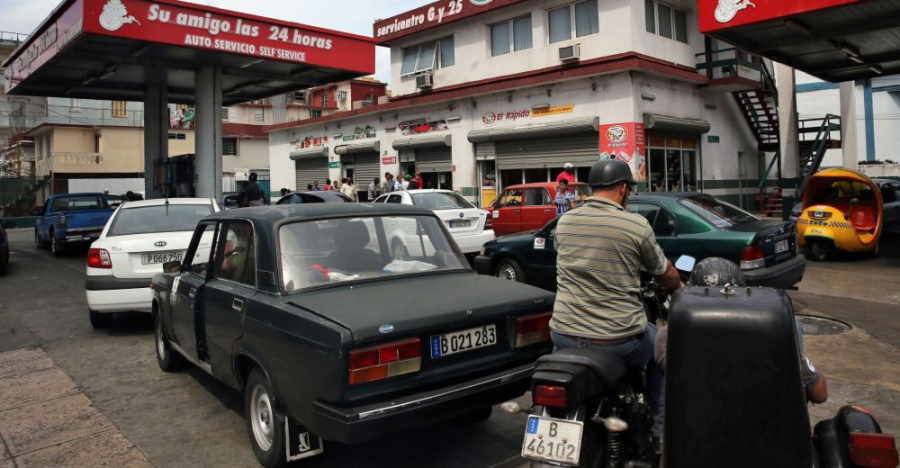 The pandemic obliges. Full buses would be the perfect place for contagion to spike, but resistance at home has limits and there is hardly any talk about those limits. I’m not just talking about financial limits. We already know that under socialism we will not put the market ahead of the health of the citizenry, but until we are able to resist healthy, optimistic, energetic, wanting to start over.

This pandemic has been a bitter and daunting test. The Special Period was like a great show. It had its leading products. Bicycles, buses, hotdogs, cerelac, goose paste, meat dough, polivit, peripheral neuritis, minced meat made from banana peels, sweets made from carrots. This isolation has come without substitutes. There is no longer even powdered chocolate, so that the children who are at home without school or those who live in open provinces, can give some flavour to the powdered milk they get until they turn seven.

Baracoa cocoa left with the last tropical storm. There are no tourists to use as justification for its consumption. There is no Cuban cocoa ship that can be blocked by the United States on its journey from Cuba to Cuba. There are things that we simply stopped producing, no one knows why, no one explains why.

We’ve lived with the pandemic here with discipline and penance, as in very few countries in the world. We’ve been treated as unruly in the news and speeches, but in reality, we Cubans comply, like few other peoples, with measures of any kind imagined by their government. 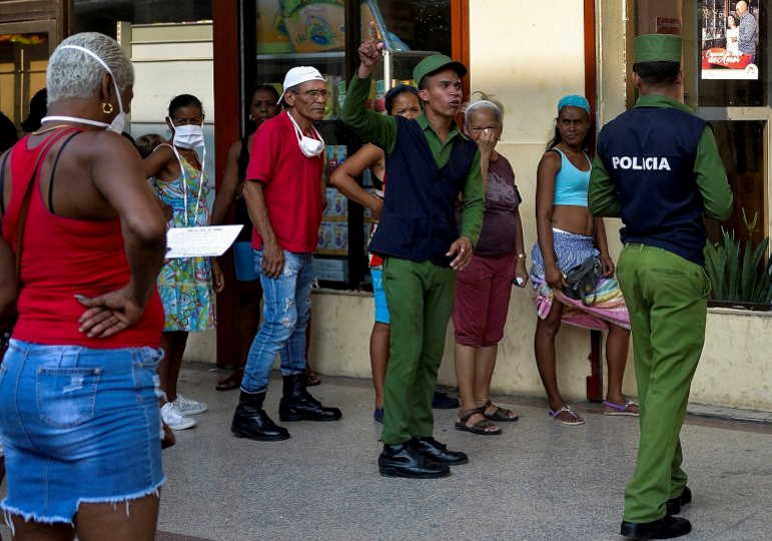 There are countries where the right of the government to force citizens to wear masks has been discussed, timetables have been required to walk pets and children, it has been requested that exact terms be set for closures and quarantines.

Here, on the ardent and rumba island of the Caribbean, big like no other in this piece of the warm sea, no one gets upset or asks for more, or marches, or breaks windows, or goes on strike, and still, the administration decides that we should be punished if we don’t follow the rules, with fines of up to 3,000 pesos, which very few can pay.

The blockade continues to hit us. Shampoo made in Cuba has been blocked in some part of the country and cannot reach stores, as has happened to toilet paper. If anyone has not thought about it, I can say that the lack of toilet paper extinguishes human dignity as fast as a bombing. We must try to break that blockade, because here we are, the people who resist.

The world is not exemplary. While in Cuba, penniless, we just have over 100 deaths from the pandemic, in powerful countries hundreds of thousands have lost their lives because governments and health services are not faster or smarter than this virus in the shape of a mine.

Here we know how to be poor. We’ve endured poverty because we’ve believed ourselves to be rich in more important things. We’ve also become bitter for not being able to enjoy life and millions have left to see if poverty abandons them in other places, where many end up being forgetful poor. 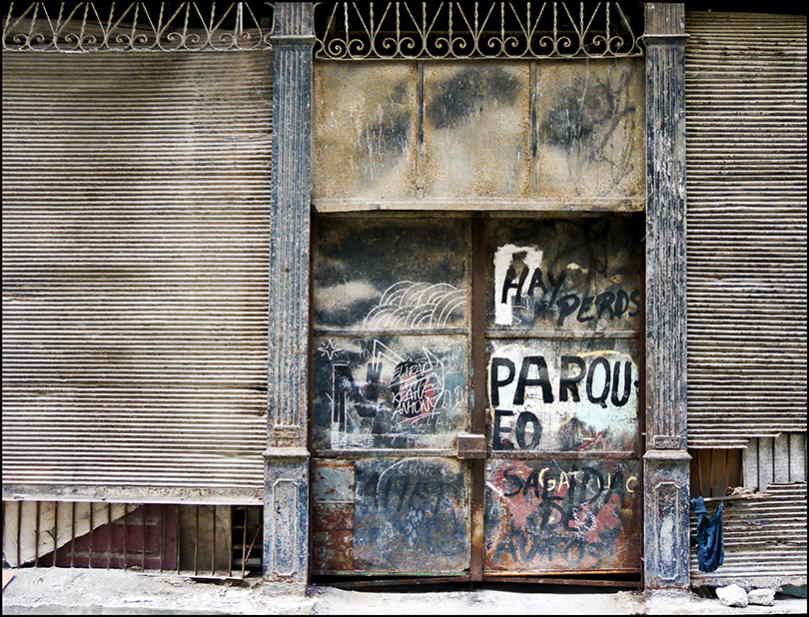 But we’ve accepted poverty because it was more important to be free and that freedom would later lead us to be rich and for us that wealth was not going to be a frivolous way of life for some to have and others to not have, but a life with what is necessary, with the most dignified and useful, with well-being, with democracy, with freedom, with solidarity. It wasn’t about being poor and less unworthy forever.

Cuba is blockaded. All plans become more difficult to accomplish under these circumstances. The people have resisted and they need to know how long this confinement will last, a word of encouragement, a leader who tells us that it is easy to govern such an understanding and collaborative people.

Everything that can be done to make our wait more humane and happy must be an urgent matter for our administration and an obsession for our politicians. 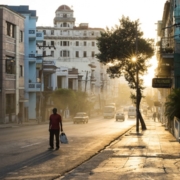 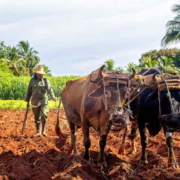 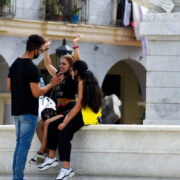 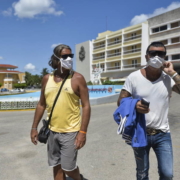 The Faílde Orchestra from Cuba, new voting member of the Latin Grammys