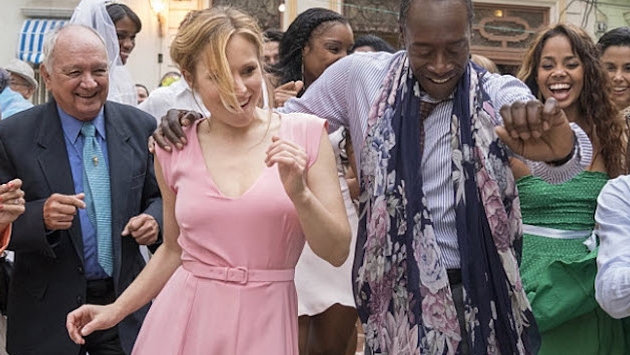 HAVANA, June 19th “House of Lies” made history last Sunday night as the series finale — and the first scripted American TV episode to shoot entirely in Cuba since the embargo began more than 50 years ago — aired on Showtime.

Back in January, the show’s cast and crew spent an entire week in Havana working on the finale. Among the challenges of filming in Cuba was the government’s censorship of most media, making the episode’s title, “No es Facil” (“It’s Not Easy”) all the more fitting. “You don’t just come to Cuba and shoot whatever you want.

They’re very protective of the culture that they have here and a system that they have, so in order to be here today, we submitted a script and an outline months ago,” said Jessica Borsiczky, the show’s executive producer.

The Cuban government reviewed the script and did give approval several months before they began filming the finale. Despite the restrictions, American productions are clamoring to shoot in Cuba. The next “Fast & Furious” and “Transformers” both filmed in Havana this year, too.

Letting these American productions into the country might be the best way to market Cuba’s many assets to American tourists. As Tourism New Zealand points out, having high profile productions film in the country not only exposes millions of people to the culture, it also provides access to high profile celebrities who will inevitably be asked to describe their time filming in the locale.

“House of Lies” star Don Cheadle said the “people (of Cuba) were wonderful, there was a lot of great stuff, the music was amazing, and the food and everything like that.” A nice endorsement, from a big star.

The HOL series finale finds Marty Kann (played by Cheadle) and the rest of his “Pod” (played by Kristen Bell, Ben Schwartz and Josh Lawson) putting their personal lives ahead of their consulting business for the first time as they turn away from a deal that could potentially put a “five-star resort on every beach and a Starbucks on every corner” in Cuba, and ultimately choosing the country’s integrity over their own bank accounts.

The Pod’s change of heart doesn’t come as a huge surprise, considering the Cuban government had final script approval. What is surprising is how perfectly the finale captures the authenticity Kaan and Associates were hoping to preserve. The colors, music, food, dance, cobblestone streets and classic cars of Havana are all showcased throughout the episode.

Viewers are taken on a virtual tour of the island during a montage of driving shots and the Pod makes a point of visiting several Havana landmarks before the series comes to a close.

As the episode opens, Kann and company are making their way through Plaza de la Catedral — one of Old Havana’s original main squares, known for its 18th-century Cuban baroque — on their way to their hotel, the iconic Hotel Inglaterra.

And, no trip to Cuba would be complete without a mojito at Bodeguita del Medio, a tradition Earnest Hemingway made famous more than 75 years ago. “House of Lies” surely won’t be the last American series to shoot in Cuba, and Hotel Inglaterra certainly won’t be the last hotel to be taken over by a large corporation, leaving us to wonder if the real life Marty Kaans of the world will show the same respect for Cuba’s culture and history that he did.