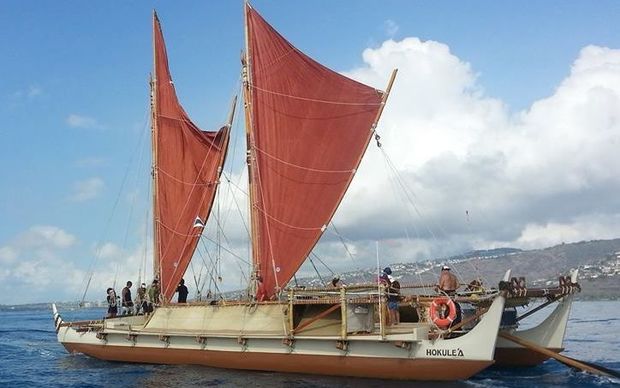 HAVANA, march 12th (viconsortium.com) Legendary traditional Hawaiian voyaging canoe Hokulea is back on the ocean to set sail for Havana. The vessel departed Saba Rock on Friday at 9:00 a.m. after having spent seven days here.

The crew most recently engaged with Ocean Elder and Virgin Group founder Sir Richard Branson, and discussed ocean conservation efforts. The British Virgin Islands is 6 hours ahead of Hawaii time.

Pwo navigator Kalepa Baybayan is gearing up the crew to prepare for strong winds and brisk weather, the greatest challenges of this leg of the voyage. The trip is approximately 1,080 nautical miles from BVI to Havana, which could take the canoe about a week to reach Cuba.

“We are happy to be part of the pioneers as we begin to form this new partnership and relationship with Cuba,” said Baybayan. “We are very excited to have that opportunity to participate; part of that journey is learning about the indigenous people and culture of Cuba, both modern and old.”

From Cuba, Hokulea plans on routing her trip back to the US mainland, with an estimated arrival in Florida at the end of March. She is scheduled to arrive in New York City by June 8, 2016 to be part of the United Nations’ World Oceans Day. 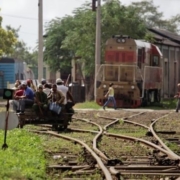 Starwood, Marriott poised to complete Cuba deals IMF’s Lagarde says yet to receive a request from Cuba for IMF members...
Scroll to top