HAVANA, August 7   Eight days before Secretary of State John Kerry is to witness the hoisting of the stars and stripes at the reopened U.S. Embassy in Havana, the city’s official historian told EFE that Cuba has never harbored “an anti-American sentiment, but rather an anti-imperialist sentiment.”

“Cubans have always understood that subtle difference,” said Eusebio Leal, the prime mover behind restoration efforts in Old Havana. “Many things connect us in history and culture.”

Leal, who was part of the delegation that traveled to Washington for the July 20 opening of the Cuban Embassy, said that while the normalization of relations is “necessary,” the two countries still face “a long process to clarify a series of unresolved questions.”

“We, the aggrieved party – because the blockade (the U.S. economic embargo) is still intact – were the first to go there and raise our flag,” Leal said, calling for a bilateral relationship based on “mutual respect” and equality.

With the restoration of diplomatic ties, the two countries embark now on a second phase of “infinite steps,” he said.

“What happens is that not everything has to be public,” said Leal, a member of Cuba’s parliament. “There are issues that, if brought to public light, would cause difficulties too hard to handle.”

Praising discretion, he spoke of the 18 months of secret Vatican-mediated talks between Washington and Havana that led to the rapprochement as “one of the best kept secrets in the history of both countries.”
http://www.laht.com/article.asp?ArticleId=2394015&CategoryId=14510 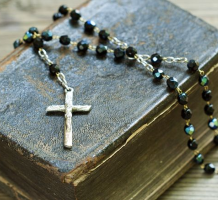 Cuba hopes for boating boom as US luxury ships head to Havana Dominican Pawa, new airline in the Caribbean
Scroll to top