HAVANA, may 13th MORE than 130 US spies, diplomats, and other personnel have experienced “Havana syndrome,” according to a new probe.

The personnel have suffered from the attacks by radioactive frequency phenomenon known as “Havana syndrome” both overseas and on American soil was reported by The New York Times on Wednesday.

“As of now, we have no definitive information about the cause of these incidents, and it is premature and irresponsible to speculate,” said Amanda Schoch, the spokeswoman for the Office of the Director of National Intelligence, told the Times.

“Havana syndrome” was first detected back in 2016 in Havana, Cuba, where a wave of American diplomatic and intelligence personnel reported acute symptoms from the attacks, later determined to be “suffering effects of directed microwave energy.”

The National Academies of Sciences cited medical evidence that supported a long-held conviction that there was a weaponized pulse at work causing personnel to develop severe brain and physical problems, including paralysis.

A large number of incidents are purported to have occurred in China and Cuba. But defence officials are accusing the GRU, Russia’s military intelligence agency, to be involved in multiple cases.

Russia has denied any involvement in the invisible incidents that some have described as a “>“sonic attack” as victims are known to suffer from a constant buzzing noise.

Since late last year, three CIA officers – one of them in the past two weeks – have suffered from health effects from similar episodes while posted overseas, according to the Times.

Each has been receiving outpatient treatment at Walter Reed National Military Medical Center and other facilities.

A 2019 incident reportedly targeted a military officer who was driving up to an intersection and became deluged with nausea and headaches, according to multiple sources who confirmed the incident to the Times.

The officer’s two-year-old son started sobbing in the backseat.

Once the officer drove away from the intersection the symptoms subsided and the child’s cries stopped, according to the Times.

There have also been cases reported stateside.

In November of last year, a National Security Council official was struck by the symptoms of the same attack while near the Ellipse, which is an oval lawn at the south side of the White House, according to CNN.

A White House official also reported a scenario back in 2019 while walking her dog in a Virginia suburb just outside Washington, according to GQ.

Already, the National Security Council has broadened its intelligence to discern if there are more unreported incidents that fit the same pattern as the ones that are already known, the Times reports.

“We are bringing the U.S. government’s resources to bear to get to the bottom of this,” said Emily Horne, a spokeswoman for the council told the Times.

There is also a CIA cell aiming to smoke out whoever may be responsible for the attacks and figure out how they’re conducting them.(www.thesun.co.uk) 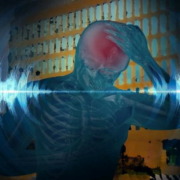 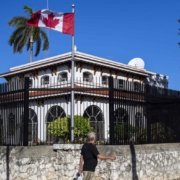 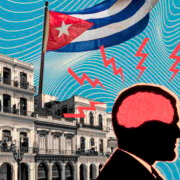