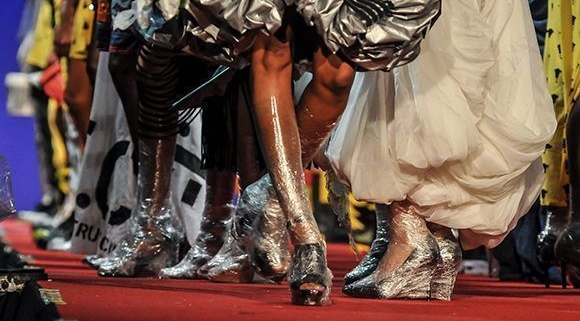 HAVANA, Nov 6 (PL) Contemporary trends in design from Cuba and the world will arrive for a week to this capital to show the interrelation between the environment and the art of clothing, in a city that is set to celebrate its 500th anniversary.

From November 11 to 16, the Arte y Moda (Art and Fashion) event will take place, which combines among its proposals textile design, decoration, architecture, catwalks, music, photography and a wide range of activities that aim to show the close relationship between the environment and the ‘second skin.’

Professionals from Cuba, Mexico, Spain, Italy, Germany, and Belgium will star in the activities conceived for the program that begins with the Visual Global exhibition by artists Eduardo Rawdrígez, Eric Steinhilber, Julia Poteat, Tania Castro, and the Carenas Group.

The presentation of chef Jorge Alexis Aguilar is also scheduled for that day, as well as a tasting of Cuban rums.

According to Rafael Mendez Gonzalez, one of the organizers of the event, the Cuban Art Building of the National Museum of Fine Arts, will be the main venue of the event, where workshops, conferences, and performances will also take place.

Among the topics to be discussed are innovation and ecological sustainability in the fashion industry; historical aspects of fashion in several countries; the role of the designer and the presence in the film.

An exhibition of unique, exclusive and surprising pieces for weddings will also feature as part of the event, without gender restrictions, by German Kaska Hass, who will offer a unique show alongside the Belgian, Janna Beck, pianist Esequiel Villa Vila and the Laboratorio Axis Visual.

There will also be a parade of ‘Rebel Icons,’ in which Cuban designers and international guests will present ‘suggestive, original, ephemeral costumes seeking their reflection in contemporary art,’ Mendez Gonzalez stated.

‘In this proposal, art is shown versioned in dress, which comes alive through the dynamics of the body, they become rebellious fashion icons,’ the organizer added.