HAVANA, March 29th As Cubans received news this week of stringent measures announced by the government to fight the spread of the coronavirus on the island, many wonder how they will fare as food, medicines, soap and even water are becoming scarce.

The government shut down tourism, closed hotels, schools, and local transportation services between provinces starting March 24 in an effort to slow the spread of the virus.
Only Cubans abroad and foreign workers living on the island are allowed to reenter the country. Large gatherings are cancelled, and people were told to stay at home as much as possible as confirmed coronavirus cases reached 80 on Friday.

But social distancing measures look very different in poorer countries like communist Cuba, with almost no internet at home, no Netflix and no Walmarts. The island’s infrastructure is crumbling; the country cannot afford to import all the food it needs, and the median state salary is $30.

Desperate Cubans have been pleading for the government to repair the water service, which now runs every other day, or even less frequently, in many neighbourhoods in Havana.

“There is no water in Lawton,” a rundown neighbourhood in Havana, Cuban reggaeton singer Dianelis Alfonso, aka La Diosa, said, visibly upset in a video streamed to her followers on Facebook.

“How can we wash our hands? It is not possible to maintain hygiene when there is no water,” she added.

Antonio Rodríguez, a government official in charge of managing the country’s water resources, said this week that almost half a million Havana residents do not have daily water service. He said the government was accelerating several infrastructure projects to improve the situation, but a solution does not appear imminent.

A campaign on social media to ask state telecommunications monopoly ETECSA to lower the price of internet services has intensified as more students and workers stay home. The campaign is using the hashtag #bajenlospreciosdelinternet [lower internet prices].

ETECSA replied by tweeting an article calling the petitioners “mercenaries,” a typical response in a country where criticisms of the government amount to treason. The company later deleted the posting.

But to many, the hardest struggle is for food, and the situation is turning volatile.

On Thursday, a crowd hoping to buy some chicken at a supermarket in central Havana erupted into a spontaneous protest as police tried to enforce a one-meter physical distance among the people in line. Beef and chicken have barely been available for the past several months, and images of huge lines for food have been published by independent news outlets such as Cubanet.

The government said it will provide food at subsidized prices, but other measures have upset the population. After state-run hotels for tourists were shuttered, some started selling food for delivery in CUCs, a Cuba-created hard currency most workers do not earn. One CUC is roughly 25 Cuban pesos.

“While all the hotels in the world are donating stored food, and even many private paladares [restaurants] in Cuba are doing it (and for free), you get away with this,” said a reader identified as Ethan, who left a comment on the ACN’s web page. “How does this benefit the fight against Covid19 ??? Who earns more than 30 CUC in this country ???. Wrong of you.”

And this time, Cubans living abroad and Cuban Americans might not be able to help.

The business of “mulas” — people paid to take goods to the island — has almost come to a halt in Miami, due to a combination of airlines cancelling flights, State Department travel warnings, and the Cuban government’s decision to suspend almost all air travel.

“This is very frustrating,” said Vanessa Carmenate, a Cuban who has lived in Miami for more than 25 years. “I’m trying to help my aunts, two lonely old ladies who live in Artemisa, but I can’t. They need diapers and food. I religiously send them a package once a month to support them.”

For Margarita Iznaga, a 68-year-old with diabetes who lives in Cienfuegos, a city in central Cuba, the medicines her son sends her from Miami are “vital.”

“My son sends me every month the supplies for the glucometer and a supplement for diabetics that is not available here. Now he is desperate because he has no way of sending things to me,” Iznaga said.

The coronavirus has turned the world upside down and spared almost no country, but it has come probably at the worst time for Cuba.

Its closest ally, Venezuela, is now fighting an economic crisis of its own and can no longer send as much oil as before. Brazil and other Latin American countries shut down the Cuban medical aid program over the island’s government practice of keeping most of the doctors’ salaries. The export of medical services was the government biggest source of revenue in 2018, bringing in $6.4 billion.

U.S. sanctions have also hit the island’s economy hard after the Trump administration banned cruises and limited travel and remittances in a bid to cut the government’s financial resources.

Revenue from tourism was up last year, totalling $2.6 billion, but the number of visitors dropped by 20 per cent this January, according to the most recent official data.

As the U.S. prepares to fight a looming recession with trillions of dollars in government spending, cash-strapped Cuba has minimal resources to tap, and the decision to shut down tourism, even if necessary to contain the disease from spreading further, is making economists wonder where the money would come from.

“There is almost no room to apply expansive economic policies since these have already been used to face the impact of the Venezuelan crisis and the U.S. sanctions,” Cuban economist Pavel Vidal said.

“The budget deficit is already at record levels; there was a [state] salary increase already applied without financial support; the government has already failed to meet most of the international debt payments, and Cuba is not a member of the International Monetary Fund,” said Vidal, a professor at Universidad Javeriana in Colombia.

In the short term, the Cuban government is sending much-needed doctors and nurses to several countries to help fight the pandemic. And it is aggressively marketing a medicine, Interferon alpha-2, as a treatment for the coronavirus — although there is no evidence it is effective in treating COVID-19, the disease caused by the virus. But those revenues might not be enough.

Vidal believes Cubans might be bracing for a shorter version of the deep economic crisis that followed the collapse of the Soviet Union in the 1990s, which became known as the Special Period.

“More adjustment and rationing will be necessary,” Vidal said. “A new Special Period is likely to come, at least for a few months.”

Economists agree the government must lift restrictions so cooperatives and private farmers can increase agricultural production to secure food for the population.

The government could also allow Cubans to form small and medium-sized private companies, and directly import goods and machinery, “for example, a tractor or a truck,” Cuban economist Omar Everleny Pérez said.

In the meantime, Michelle Bachelet, the United Nations High Commissioner for Human Rights, asked the international community “to alleviate or suspend sanctions and embargoes” affecting countries such as Cuba, Venezuela and Iran, as a humanitarian gesture as those countries fight the coronavirus.

Several organizations that promote better relations with Cuba, such as the Cuba Study Group, Engage Cuba and the Center for Democracy in the Americas, have asked the Trump administration to “issue a time-bound suspension of sanctions on Cuba to facilitate the flow of desperately needed humanitarian and medical supplies to the Cuban people as they cope with the global COVID-19 pandemic.”
(https://www.miamiherald.com )

The Trump administration has yet to respond. 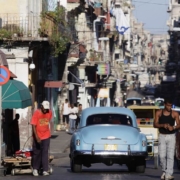 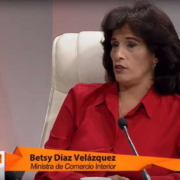