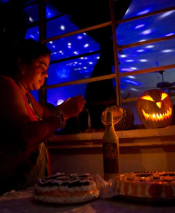 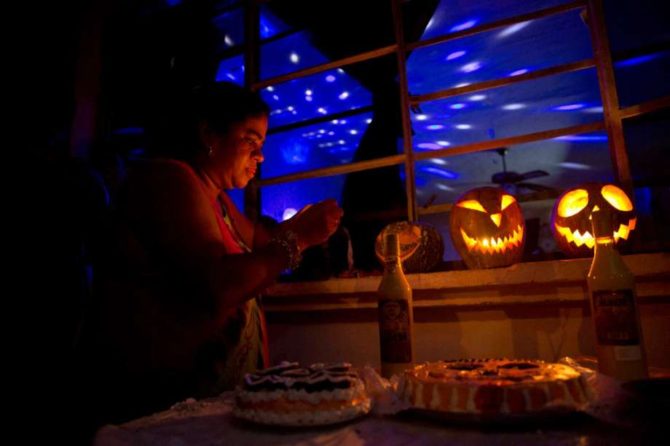 HAVANA,Oct. 30th  (AP)  A teenager dressed as Batman danced through the door as Reggaeton music thumped inside for a Halloween party in the ground-floor apartment of a Soviet-era housing project in Cuba’s capital.

On a side table, candles flickered inside squashes carved into jack-o’-lanterns.

Marilyn Alvarez smeared red makeup onto 17-year-old Luis Ramos’ eyes, putting the finishing touches on the high school student’s devil costume. Teens dressed as skeletons, witches and an executioner danced under disco lights, ate jack-o’-lantern cake and sipped creamy rum drinks.
Alvarez’s daughter Alannis Rodriguez, a 12th grader dressed as a she-devil, posed for a photo with her dog, a pug she had dressed as a baby. 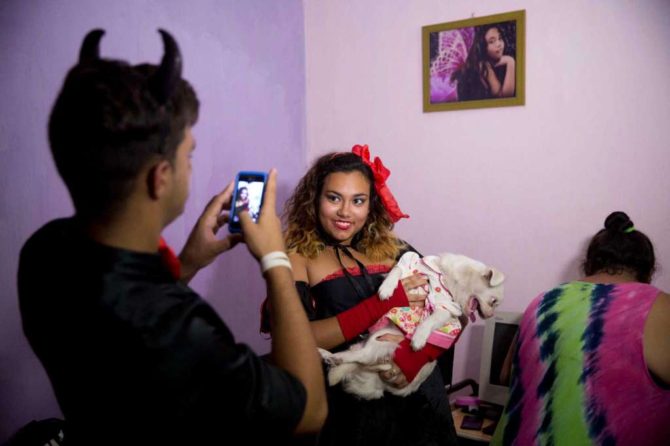 Inspired by pirated U.S. movies and television shows, young Cubans are turning American-style Halloween parties into the island’s latest trend. Trick-or-treating hasn’t taken root, but across Cuba this weekend elementary, high school and college students were dressing up, dancing and enjoying a festivity that few knew as children.

“It’s out of the ordinary,” said Ramos, one of Alannis Rodriguez’s classmates. “We didn’t celebrate it a few years ago because it wasn’t the custom. But we’ve seen it in movies and TV shows.”

The rising popularity of Halloween is one of many manifestations of the decades-long intermingling of Cuban and U.S. culture despite the half-century of hostility between the two countries’ governments. Cubans are immersed in U.S. popular culture and, increasingly, U.S. products brought by expatriates visiting family on the island. 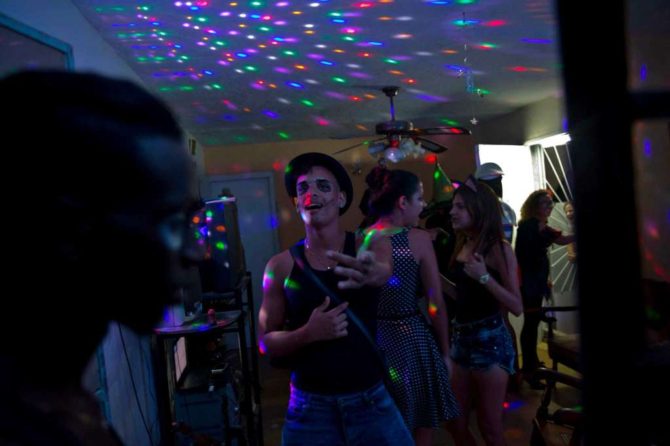 At Rodriguez’s party in eastern Havana on Friday night, the costumes ranged from expensive imported rented outfits to handmade costumes cobbled together from items found around the house.

“You can’t find everything but some people can rent an outfit to wear and others can’t manage it,” Rodriguez said. “You celebrate as you’re able to.”

Yasmanni Manuel, a student at a merchant marine academy dressed as a black-clad male witch, said he was delighted to have a new reason to get together with his friends. 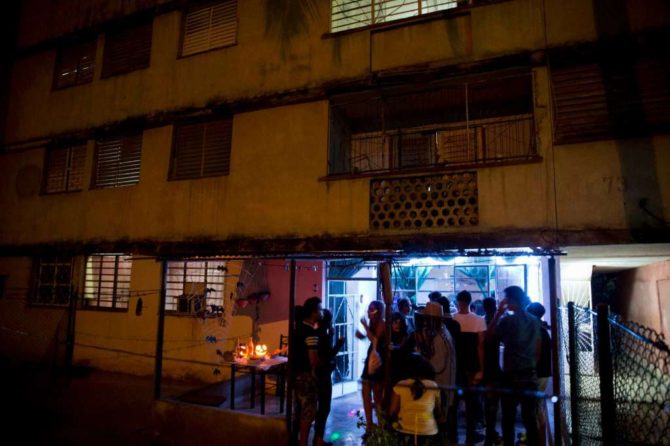