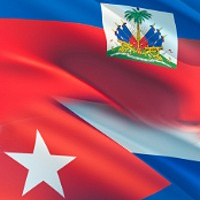 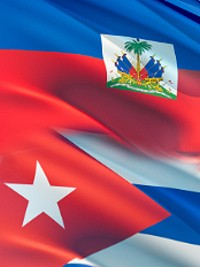 HAVANA, Jan 20 (PL) A week devoted to the Haitian culture and the anniversary 213 of the victory of the revolution in Haiti will be held in Cuba for the first time, Ambassador to this country Geri Benoit announced.

Groups that keep the Haitian tradition in Cuba will participate in the activitiesduring the whole week, including people that live in the Cuban eastern area, said the diplomat, who thanked historian of Havana Eusebio Leal for his support.

The program will begin on Monday, January 23, with wreaths to Cuban National Hero Jose Marti and the Haitian heroes Alexandre Petion and Toussaint Louverture, Benoit reported.

The next day, an exhibition of the Haitian coin collection entitled ‘Culture and History’ will be held, with more than 50 pieces and curiosities from Port au Prince.

On January 25, the Cuban National Choir will give a concert at the Minor Basilica of Saint Francis of Assisi that guests from this country will attend.

The Haitian Culture Week in Havana includes the presentation of documentary films such as ‘From Kiskeya to Haiti, Where did Our Trees Go?’ (January 26, at the Multi-hall Movie Theater Infanta) and ‘Port au Prince of Mine’ (January 3, at the University College San Geronimo de la Habana).

A Haitian painting, sculpture and photography exhibition will be opened on January 28, with works by the Foundation Antonio Nunez Jimenez on Nature and Humans.

The period concludes on January 30 at San Geronimo de La Habana, with an activity organized by the Department on Caribbean at the University of Havana