HAVANA, Feb. 12th The Cuban government is seeking to “improve” passenger transportation, one of the island’s population’s most constant complaints,

The official said that with that objective, his ministry “is working on ideas related to the use of rail transportation in the medium and long-distance interurban service, new ways of charging fares and the integration of different means of transportation,” according to statements cited by the official newspaper Granma.

Ladrón de Guevara also referred to the implementation of “smart transportation systems applied to mobility and strengthening the quality of services, reinforcing the controls established to protect the population,” although he didn’t give more details about the MITRANS strategy, referred to by Granma, to “improve public service.”

Nor did he speak explicitly of the private sector, which in recent times has been subject to new regulations and price caps, both in Havana and in other territories of the country, and which today plays a major role in passenger transportation throughout the island.

Ladrón de Guevara acknowledged that the “main concerns of the population” include “insufficient means, especially at peak times; the quality of service; non-compliance and lateness in the different itineraries; and the mistreatment of passengers and inadequate conditions in facilities providing services.”

In addition, he said that his sector is influenced by “organizational problems and discipline in operations” and “affectations on fuel allocations,” while referring to the difficulties arising from the U.S. embargo and the recent sanctions of the Trump administration, which had a negative impact on Cuban transportation.

In the second half of last year, the problems with the arrival of fuel to the island caused an “energy situation” that forced the authorities to take “organizational measures” both in urban and national transportation.

However, according to the official, at the end of 2019 approximately 1.895 million passengers were transported in Cuba, by different means, and the reestablishment of national train service itineraries, with the arrival of new cars from China, led to an increase of around one million travellers last year.

He affirmed that “there is a gradual recovery” in Ómnibus Nacionales bus transportation, with the entry of new equipment and the repair of the terminals, while new means of transportation were also assigned to the provinces and mountainous areas of the island.

Regarding Havana, he said that the average daily transportation amounts to 1.2 million passengers, between buses, light vehicles and minibuses known as “gazelles,” although he acknowledged that “demand still hasn’t been met.” In this regard, he didn’t mention an alleged plan to replace several of these small and medium-sized means with new route buses, which has caused rumours among passengers and drivers in recent days without this being confirmed by an official publication. 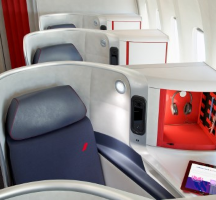