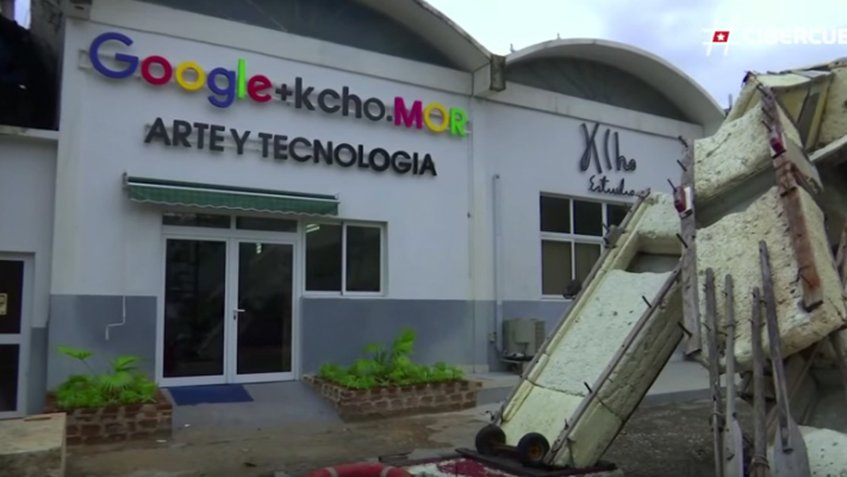 HAVANA, march 24th Google has hatched a game-changing plan to speed up internet service across Cuba. The Silicon Valley giant has set up an online technology center in Cuban artist Kcho’s studio in Havana, where it will offer free internet service at speeds nearly 70 times faster than the service now available to the Cuban public.

It seems Google is hopeful that such a center will convince Cubans that they actually can access high-speed Internet, but the government is restricting their access. According to Associated Press, Google has built a studio equipped with dozens of laptops, cellphones, and virtual-reality goggles. The connection at the Kcho studio is provided by Cuba’s state-run telecommunications company over a new fiber-optic connection.

As many as 40 people can use the internet service at a time at the studio, which will be open five days a week, from 7 am to midnight.

“Yes, Google will offer much faster internet access, but in terms of expanding access, the impact of the current arrangement will be limited to several dozen people at one time — possibly a few hundred in a day,” he said.

In fact, it is this studio where Cuba’s first Wi-Fi hotspot was unveiled. The Cuban government has since set up several  Wi-Fi hotspots across the country, particularly in capital Havana. Yet, Cuba still has one of the world’s lowest rates of internet penetration.

“The hub at the artist studio is a marker that Google has put down that signals the company’s ability to help modernize Cuba’s internet. “But it also shows the company’s willingness to do so within the parameters established by the Cuban government.”

The artist launched the Wi-Fi hotspot after getting permission from ETECSA. Over the past one year, the telecom firm has rolled out nearly 50 Wi-Fi hotspots across the country.