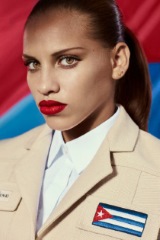 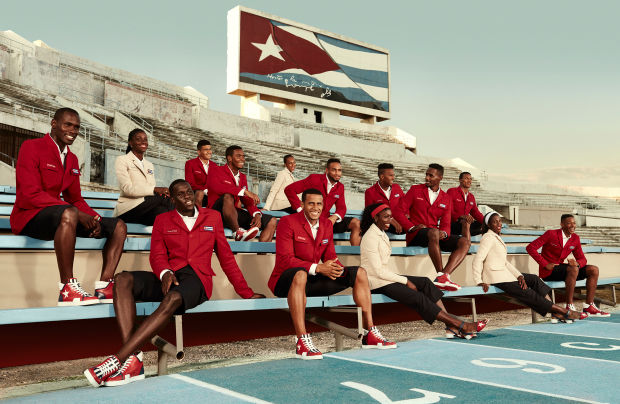 French luxury footwear designer Christian Louboutin and Henry Tai, a former professional handball player and founder of French online retail shop SportHenri.com, joined forces to design formal looks for the athletes to wear at the Closing Ceremony — an event that in many ways doubles as a global fashion runway.

The pieces were designed and fitted in consultation with current and former Cuban Olympic athletes — one of several reasons why this Cuban-inspired collection stands apart from the many others that have popped up in the last year.

Even before President Obama announced the reestablishment of diplomatic relations with Cuba last July, the fashion industry has pounced on the country in 2015 and 2016 as a source of inspiration and marketing magic, hoping to capitalize on Americans’ and Europeans’ curiosity about the country and how it might change after over 50 years of isolation from the U.S. 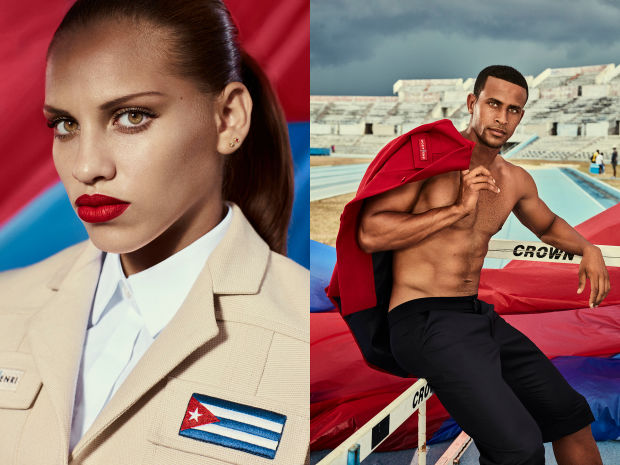 But most designers aren’t interested in Cuba’s future, choosing to glorify a prerevolutionary, sugar-coated Cuba instead of making a significant effort to engage with the country’s culture in a realistic or modern way.Louboutin and Tai explain in a video about the Olympic project (see below) that they both were struck with the idea to design looks for the Cuban team while in the country doing a photo shoot two years ago. (Louboutin said in an interview that he’s been visiting the country for 15 years.)

The fashion worn by athletes in the opening and closing ceremonies are points of great pride for many countries — and an opportunity to showcase domestic design talent — so it’s interesting that the Cuban government would authorize the French men’s proposal. (The French ambassador to Cuba also reportedly helped make this happen.)
Any information about the team’s uniform design has not been heavily publicized in the past. Similarly, another communist country, China, enlisted a well-known designer for the first time to create its team’s ceremonial looks this year. 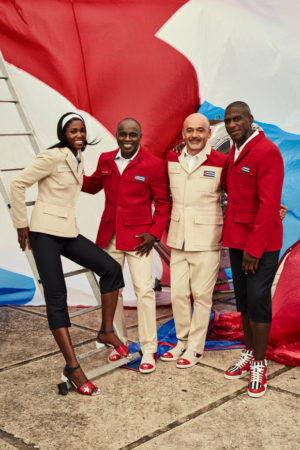 Louboutin and Tai, however, appear to have made efforts to both incorporate feedback from current and former Cuban athletes and inject the looks with distinctly Cuban elements — including bold graphic sneakers and kitten heels, Guayabera-inspired jackets and prominently placed flag patches.

Certainly, this design project is a fantastic marketing opportunity for both Louboutin and Tai, as the corresponding photo shoot and video released this week demonstrate. And the Cuban government, perhaps aware that more eyes than ever will be on their team in Rio this year as the world contemplates its future, ensures its athletes looks strong and modern in front of the cameras.

And while, in an ideal world, that design talent would come from within the country, fashion that helps the athletes look and feel their best on the world stage is more important than it may initially seem. As poverty and injustice still hold Cuba back from its greatest potential, something as simple as joyful, quality uniforms can be a powerful symbol of the future.
http://fashionista.com/2016/07/cuban-olympic-team-christian-louboutin

Jazz Concert in Havana with artists from Cuba and Argentina