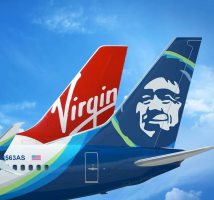 HAVANA, march 30th The US Department of Transportation has tentatively awarded five airlines additional frequencies to serve Havana, following a proceeding to hand out the rights that were given up by four US carriers.

A total of 34 weekly frequencies were tentatively allocated to American Airlines, Delta Air Lines, JetBlue Airways and United Airlines. The majority of the frequencies will help the carriers add extra flights on routes they already serve, with the exception of JetBlue which will launch new Saturday service between Boston and Havana.

“The Department’s principal objective in making its proposed selections was to maximise public benefits, including choosing carriers that offered and could maintain the best ongoing service between the United States and Havana,” says the DOT. “Through these proposed selections, DOT seeks to simultaneously address service needs while promoting competition.”

FedEx’s proposal to operate Cessna 208 aircraft on its proposed service also counted against it, adds the agency. “In this limited frequency market, the Department tentatively believes that an allocation to FedEx for all-cargo services would not be an efficient use of the limited frequencies available.”

If made final, the DOT’s allocation will increase American’s service on Miami-Havana to five-times daily and double Delta’s frequency on the route to twice daily.

JetBlue will serve Fort Lauderdale-Havana 19-times weekly, up from 13 currently. Southwest will operate on the route thrice daily, up from twice daily. United’s Houston Intercontinental-Havana route will become daily service, up from weekly currently. The airline has the flexibility for regional partner Mesa Airlines to operate the new flights.

Air service between US cities and Havana is limited to 20 daily round-trips, following a historic air services agreement signed between US and Cuban regulators to restore scheduled air service. However, a number of US carriers have struggled to sustain their flights, resulting in the return of the 34 weekly frequencies that the DOT is now re-allocating.

The frequencies were given up by Alaska Airlines, Delta, Frontier Airlines and Spirit Airlines. Alaska, Frontier and Spirit all ended service to Cuba.
https://www.flightglobal.com/news/articles/five-us-airlines-tentatively-secure-new-havana-frequ-447224/