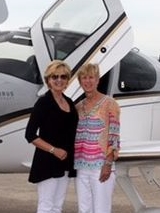 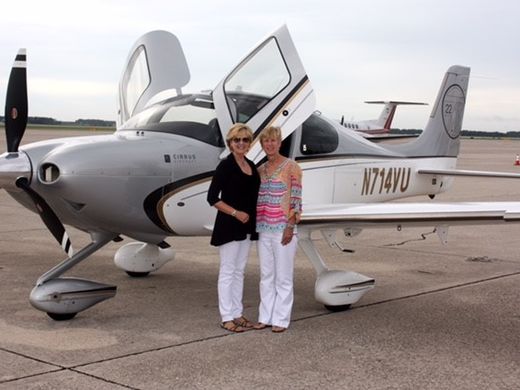 HAVANA, August 14th After the two-seater airplane landed at José Martí International Airport in Havana Tuesday, the airport workers stared wide-eyed at the flight crew as they disembarked.

“They looked at us like we had three heads or something,” Nashville-based pilot Amanda Farnsworth said.

The port director explained to Farnsworth and her friend Dee Dee Turner that they were the first all-female crew to land a private aircraft in Cuba in at least 60 years. And officials are now searching beyond the 60-year mark to determine if any other women have ever made such a voyage at all.

The air traffic controller, who Farnsworth said would normally never break from the all-business, strictly professional speech needed to efficiently guide an airplane, was taken aback when he saw the women.

Farnsworth, 56, became a pilot 14 years ago. She serves on the board of directors for both the Metropolitan Nashville Airport Authority and the Aircraft Owners and Pilots Association in Washington — the largest pilot organization in the world.

President Barack Obama announced in December 2013 that relations between the United States and Cuba were improving and asked Congress to end the embargo in March 2016. American Airlines will be the first airline company to hold regular nonstop flights to Cuba starting Sept. 7.

Despite the thawing relationship, it took Farnsworth about two months to prepare for the trip after the time it took to obtain a Cuban visa, file all the paperwork in both countries and with multiple agencies and receive the proper permit. She flew out of West Nashville’s John C. Tune Airport and landed in Orlando, Fla., before flying over 300 nautical miles to her destination.

Farnsworth and Taylor, also of Middle Tennessee, arrived Tuesday afternoon and spent the next 48 hours following a scheduled itinerary that included hanging out with the Cuban ambassador to the United Nations and other government officials and visiting Ernest Hemingway’s estate, where guides talked about the famous American writer’s love of the island country. They snapped photos of the 1950s style American and old Soviet model cars.

The two women returned to the U.S. Thursday evening.
http://www.tennessean.com/story/news/local/2016/08/13/first-all-female-crew-lands-private-plane-cuba-since-embargo/88653668/

On 90th birthday, Fidel Castro thanks well-wishers, appears at gala
Scroll to top