HAVANA, Jun 17 ( PL) The Marti Theater of Havana opened its doors on Tuesday to host the wake of Cuba’s great star Rosita Fornes, who made history in that coliseum as in so many of her country. A statement from the Ministry of Culture (MINCULT) confirms that on the website of the Alicia Alonso Grand Theater in Havana – also the scene of many of the diva’s performances – dozens of Cubans laid wreaths yesterday as a sign of tribute.

The theater where Fornes made her debut was chosen for her last public appearance in Cuba and since the news of her death on June 10, thousands of admirers decided to go there and decorate it with roses.

Rosita charmingly marked every stage she stepped on and the fascination she aroused in the audience now turns into sadness, effort and courage, since many residents of the capital have gone on foot to the Marti Theater, when the country still maintains a series of measures to deal with the Covid-19 pandemic.

The influx of people is carried out in compliance with the discipline necessary to protect the citizens and according to the health requirements approved for the current epidemiological situation.

According to MINCULT’s note, the funeral procession will leave the Teatro Marti around 15:00 local time, and will transit through the central avenues of Prado, Malecon and 23 to 12, a journey in which the people will give the last farewell to the artist who won the National Music, Theater and Television Awards.

Fornes died last June 10 in the United States, but to fulfill the last will of ‘La Vedette de Cuba’, her mortal remains were transferred to this island, for her final rest. 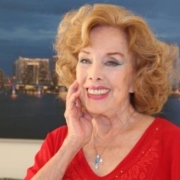 In Cuba remains of Rosita Fornés, the funeral will be this Tuesday

In Cuba remains of Rosita Fornés, the funeral will be this Tuesday