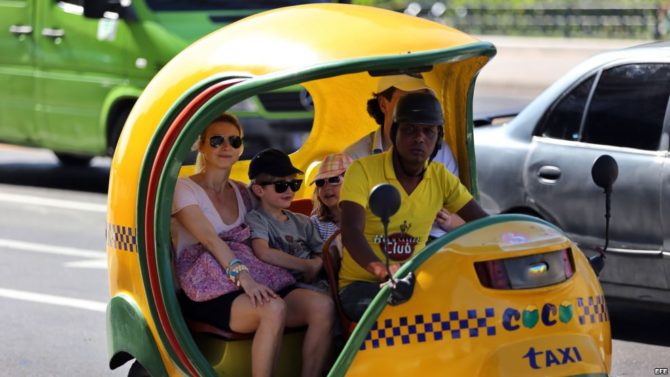 That’s the advice of a select group of travel experts that I surveyed as the first direct air service from the United States to Cuba launches this month.

Our experts pointed to Vietnam, Myanmar and Colombia as role models for Cuba. All were essentially off limits to tourists for years and have flourished since their doors have opened.

But while Cuba has been prohibited to Americans since 1961, it welcomed three million visitors from across the world in 2015.  “This is less about a country opening its doors to tourism and more about it opening its doors to a single significant new market,” according to Chris Fair, President of the Resonance Consultancy.

The panel concurred that Cuba’s biggest problem is tourism infrastructure. Rafat Ali, CEO/Founder of SKIFT, experienced this first-hand when he took his company of 25 travel professionals to Cuba on a Carnival Cruise Line in July 2016. “It’s still very, very raw. We ended up eating on the ship most days because they don’t have enough restaurants to feed tourists.

And forget about wifi or internet access. Visitors will face discomforts for the first year or so.”

Mark Chesnut, a freelance journalist who also operates the “LatinFlyer.com” travel blog, just finished interviewing a dozen U.S. travel agents and tour operators whose consensus is that Cuba is a long way from successfully welcoming large groups of U.S. visitors.  “Demand is up, but there aren’t enough hotel rooms, there aren’t enough airline seats and there aren’t enough ground vehicles for tour groups or large-enough cruise facilities for ships. As a result, prices are very elevated, to the point where it will turn off some travelers.”