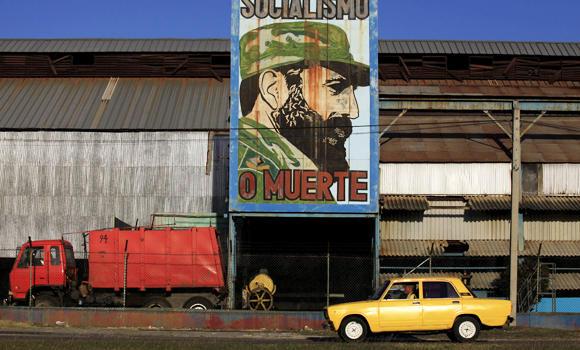 HAVANA, March 10th Two weeks ahead of President Barack Obama’s historic visit to Cuba, Havana has a message for him: We’ll treat you well while you’re here, but don’t push it.

“The president will be welcomed by the Government of Cuba and its people with the hospitality that distinguishes them and will be treated with all consideration and respect, as head of state,” said the editorial in the Communist Party’s official newspaper Granma.

But the nearly 3,000 word editorial also cautioned that, “No one can harbor the slightest doubt about Cuba’s unconditional adherence to its revolutionary and anti-imperialist ideals,” and included a quote from Cuban President Raul Castro making a similar point.

“We will not allow ourselves to be pressured on our internal affairs. We have won this sovereign right with great sacrifices,” he said.

The piece urged Mr. Obama to do more to change U.S policy toward Cuba and demanded Washington stop interfering in Cuba’s internal affairs. The editorial also reiterated Cuba’s calls for the U.S. to return to Cuba the naval base at Guantanamo Bay, end the decades-long economic embargo on Cuba, and change immigration policies that favor Cubans.

The White House on Wednesday played down the talk from the Cubans ahead of the visit, which officials said would allow the U.S. to use its influence to advocate for more freedoms for the Cuban people. Mr. Obama is scheduled to visit March 20-22.

“I’m not particularly concerned about it,” Mr. Earnest said. “Our priority here, is that by more deeply engaging the Cuban government, the Cuban economy and the Cuban people, we can more effectively advance the interests of the Cuban people.”

Secretary of State John Kerry scrapped plans for a visit to Cuba last week for human rights talks after the U.S. and Cuba couldn’t finalize an agenda, including for Mr. Kerry to meet with political dissidents. But Mr. Earnest stressed on Wednesday that Mr. Obama would meet with whomever he wanted, including political opponents of the regime.

Meanwhile, National Security Adviser Susan Rice met on Wednesday afternoon for about an hour with about 10 people with expertise in Cuba’s civil society, including people with ties to Church groups, Cuba’s entrepreneurial class, and Cuba’s independent media, according to a participant in the meeting.

Ms. Rice told the group she was seeking their input about how to best engage with civil society members during the president’s trip, the participant said.

“Ambassador Rice heard from each leader and emphasized that a critical focus of charting a new course with Cuba includes our continued strong support for universal values and human rights — including respect for the right to speak freely, peacefully assembly, and associate,” her spokesman Ned Price said.